In Queenstown, New Zealand we each got to pick an adrenalin adventure.  I picked bungy jumping because I have always wanted to do it and I knew that Queenstown was were it was invented. If I was to go bungy jumping, I knew that once I got on the bridge there was no backing out.  The drop was
142 feet. 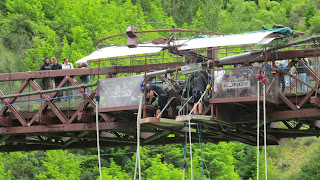 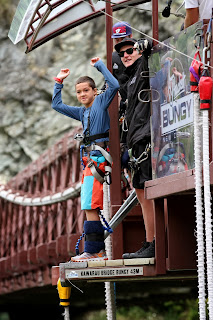 We drove to the bungy jumping bridge and I saw the drop for the first time.  From the side of the river, it did not look that bad and I was excited to do it.  After they signed me up, they right away took me to the bridge where they wrapped a towel around my legs with some ropes to make it tight. Then they hooked the bungy cord to the end of the rope.  After that I hopped to the end of the bridge.  When I looked off the end of the bridge it looked a lot farther than from the side of the river.  I knew that I just had to do it so I counted to three and just jumped. 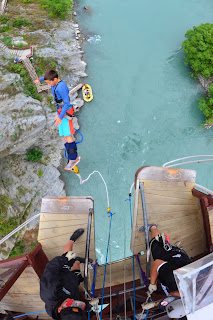 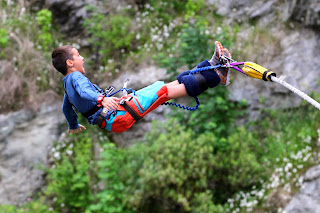 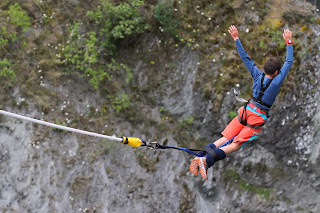 After I jumped and they lowered me to the river,  a boat picked me up and took me to the riverbank.  I was happy and glad that I did it.  It is the best thing I have ever done!

This is the video taken by my Dad with his phone from the bridge.

This video is taken from a GoPro which was strapped to my chest!

Posted by LastingerTravelBlog at 9:26 PM