Seeing the Top of the World by Wiley

We are in Nepal and yesterday we took a plane to see the top of the world, also know as Mount Everest.  The plane was very small and it left from the Kathmandu airport. 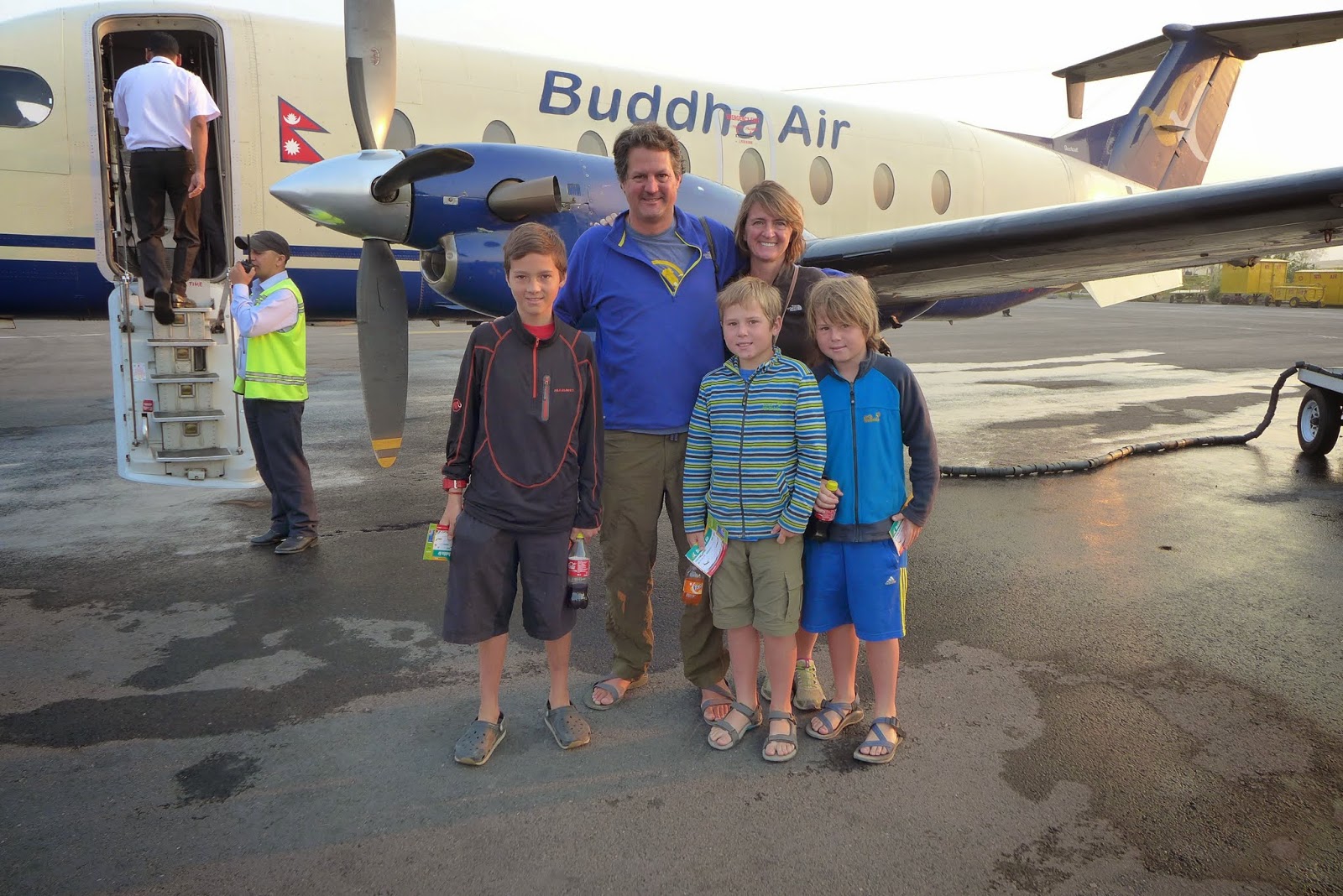 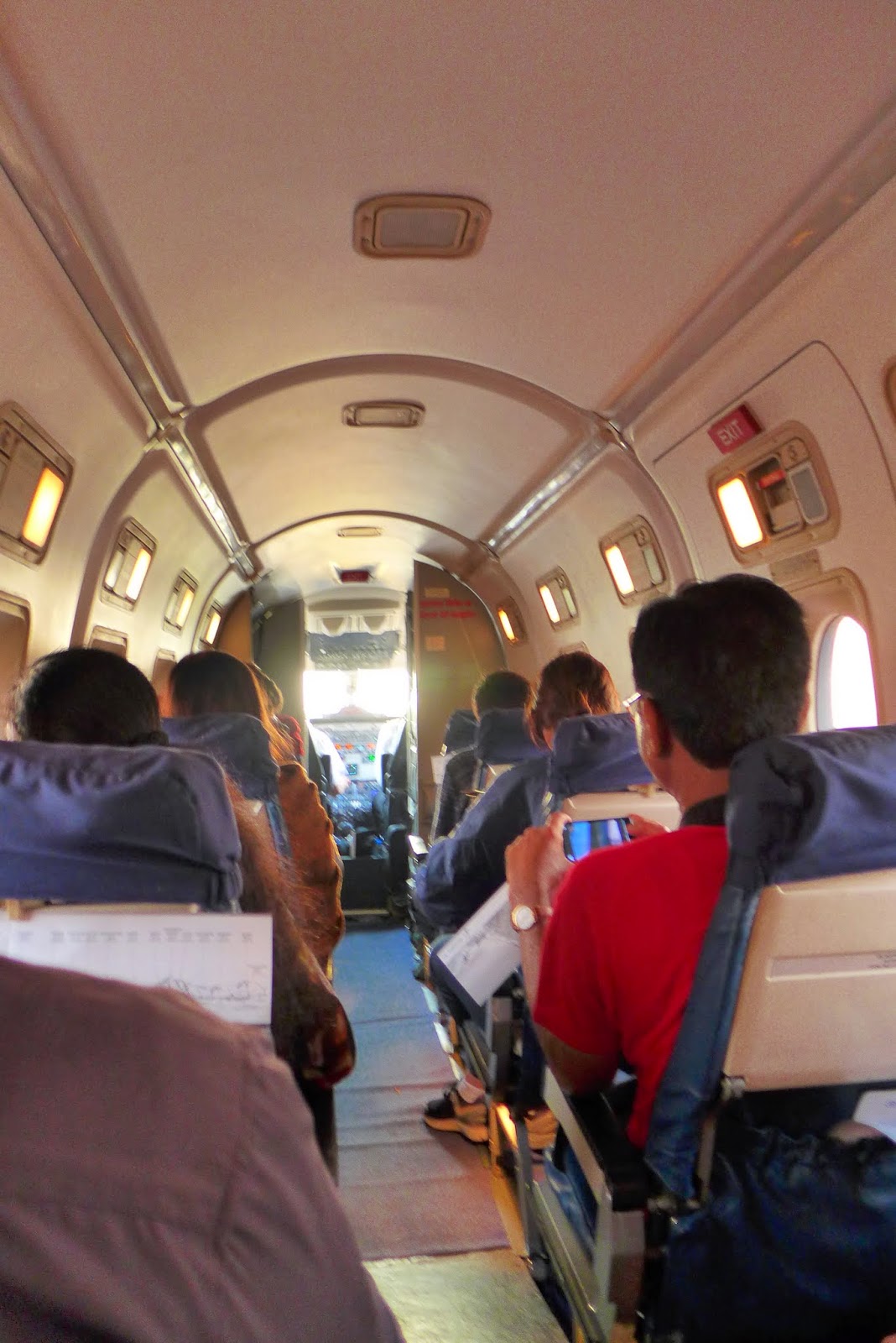 While we were flying we were called up to the cockpit and looked out the front windows to see Mt. Everest. 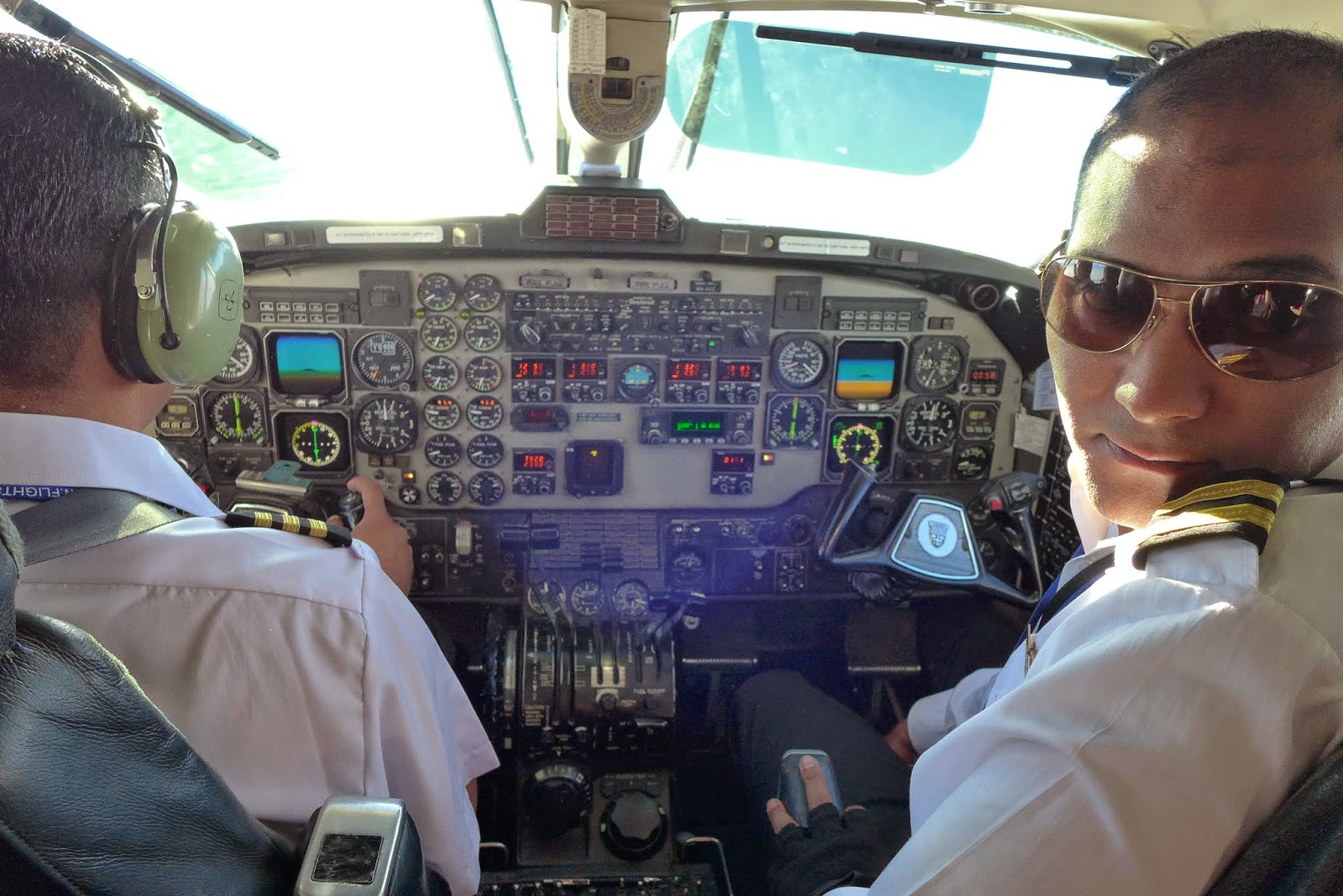 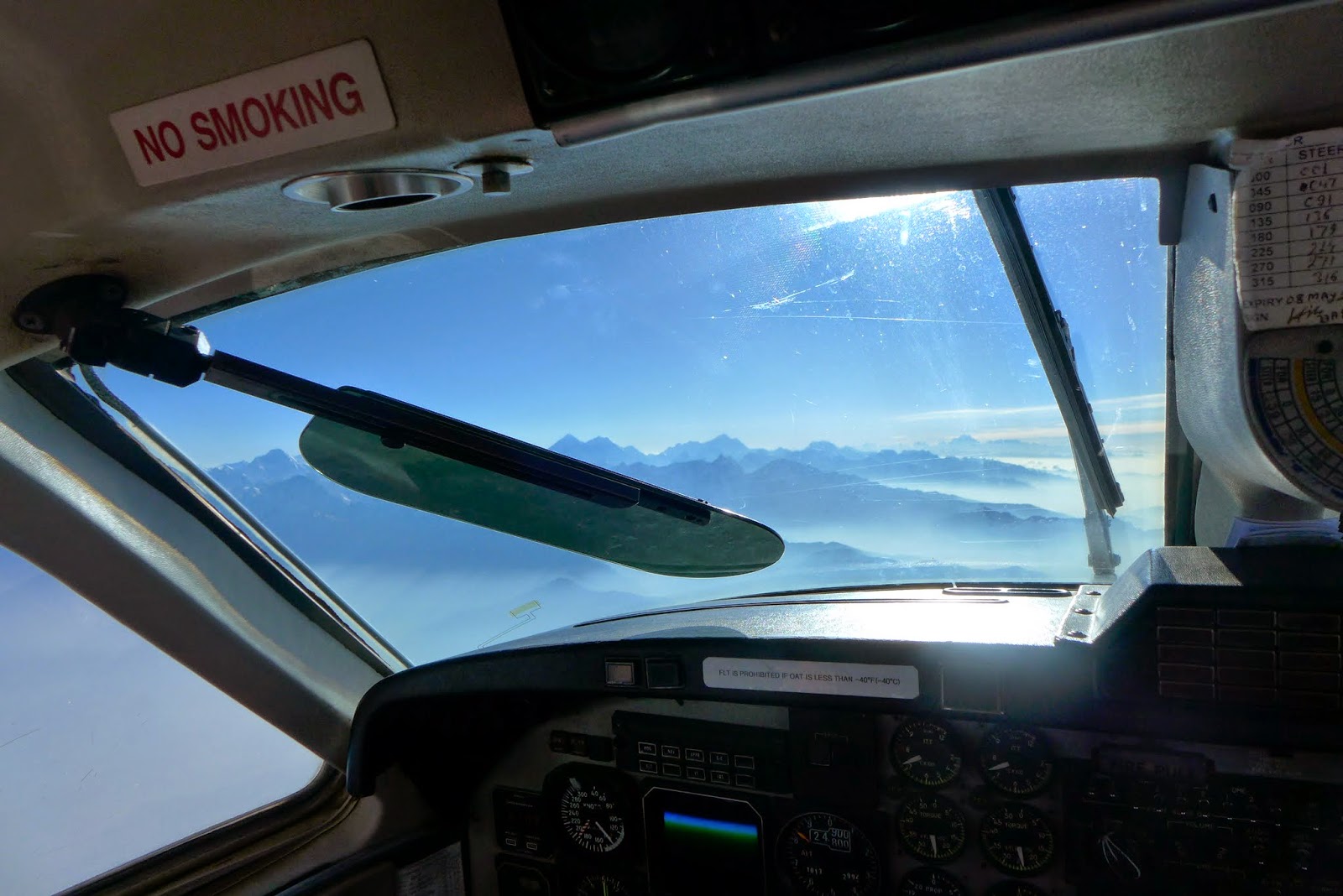 They gave us maps that showed you the Himalayan peaks and told you the names and the heights of the mountains. 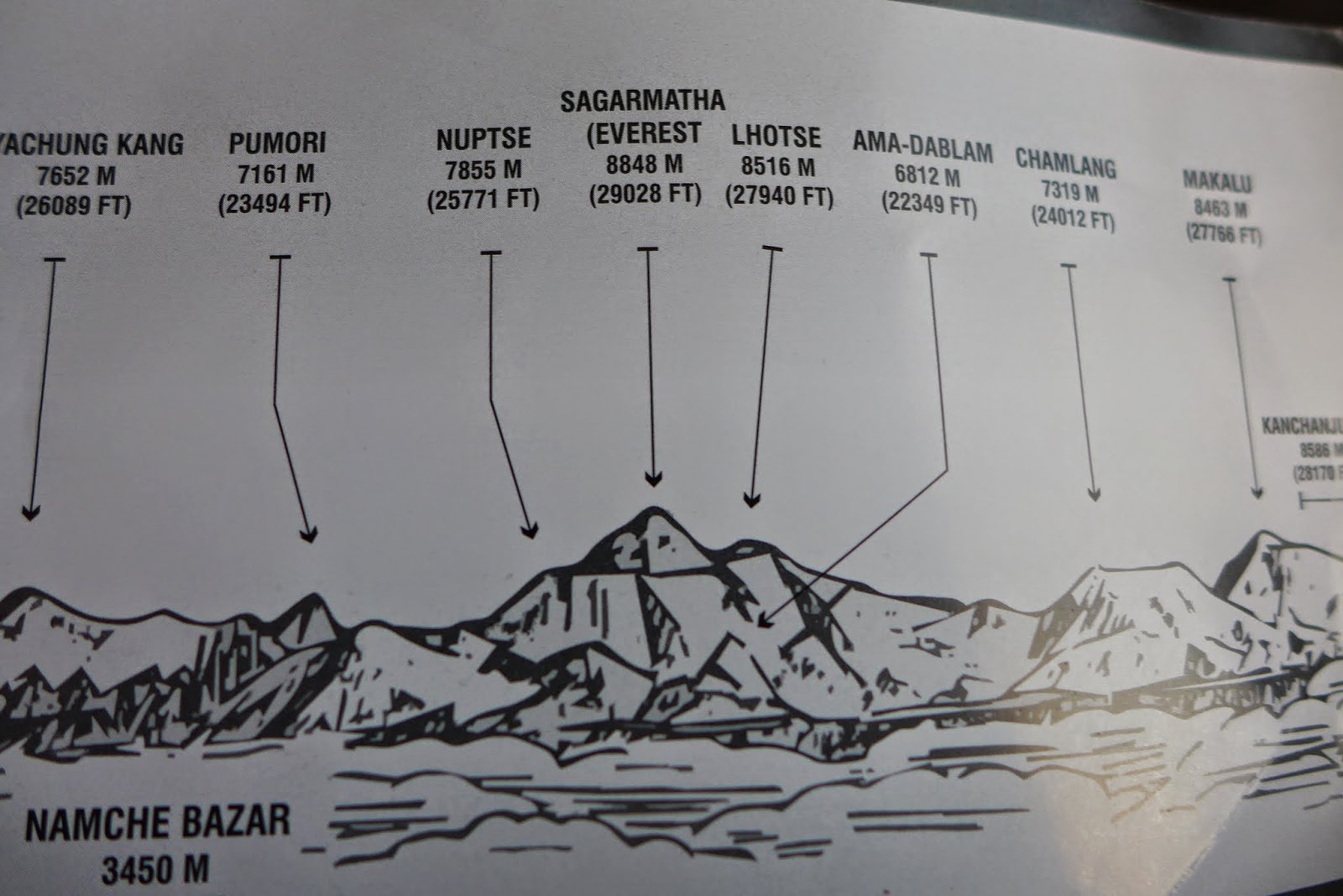 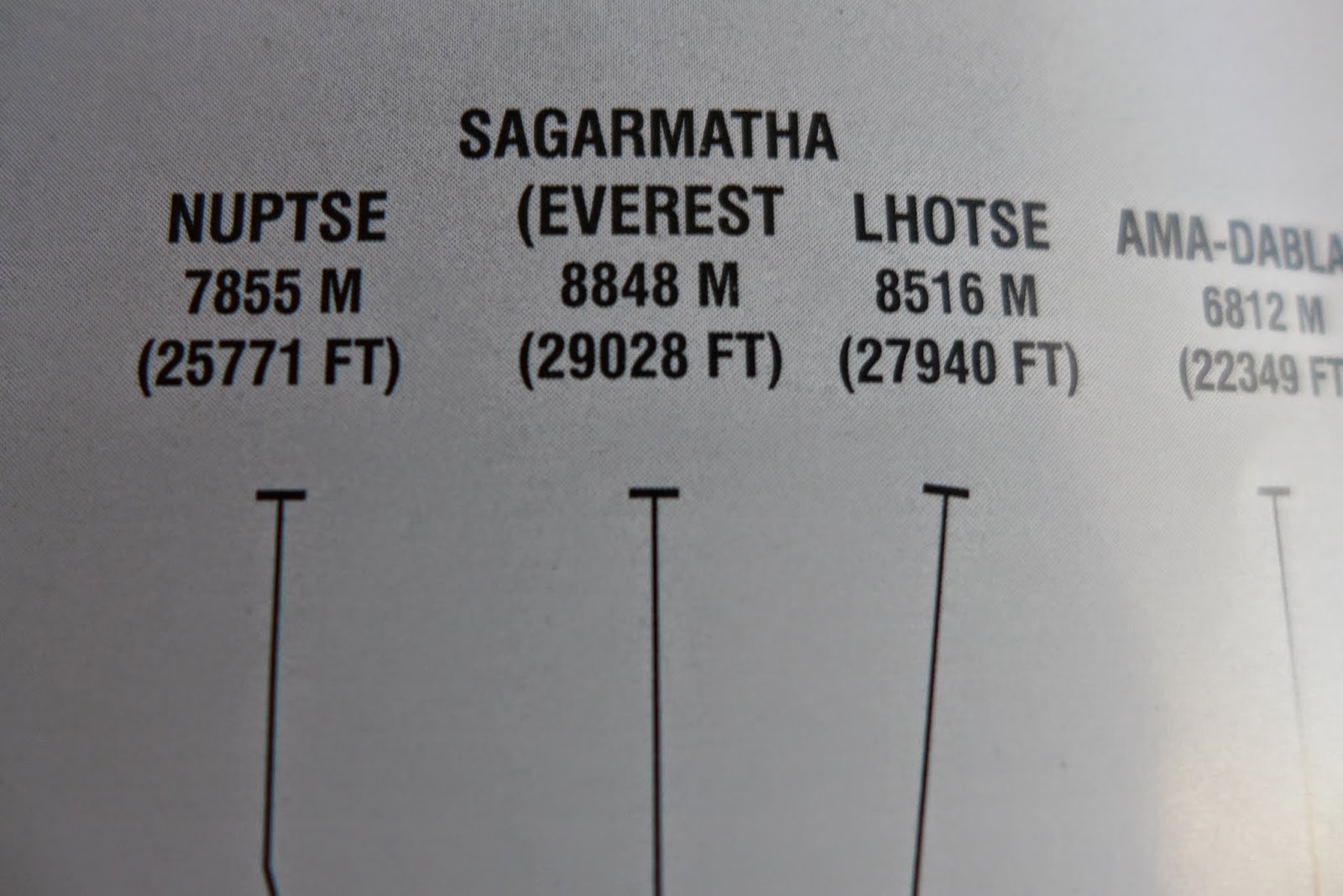 We could see the Himalayan Mountains out of the sides of the plane. 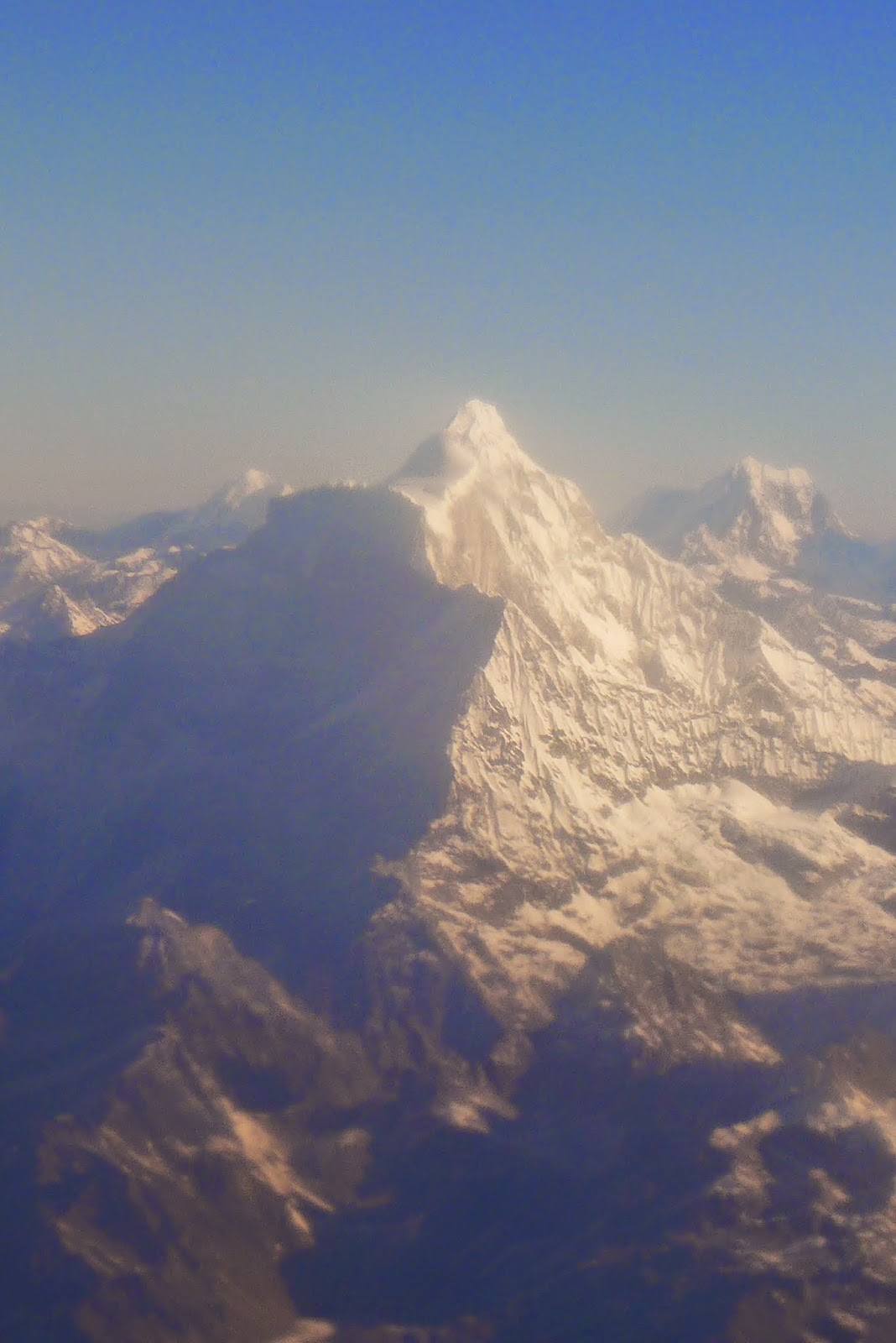 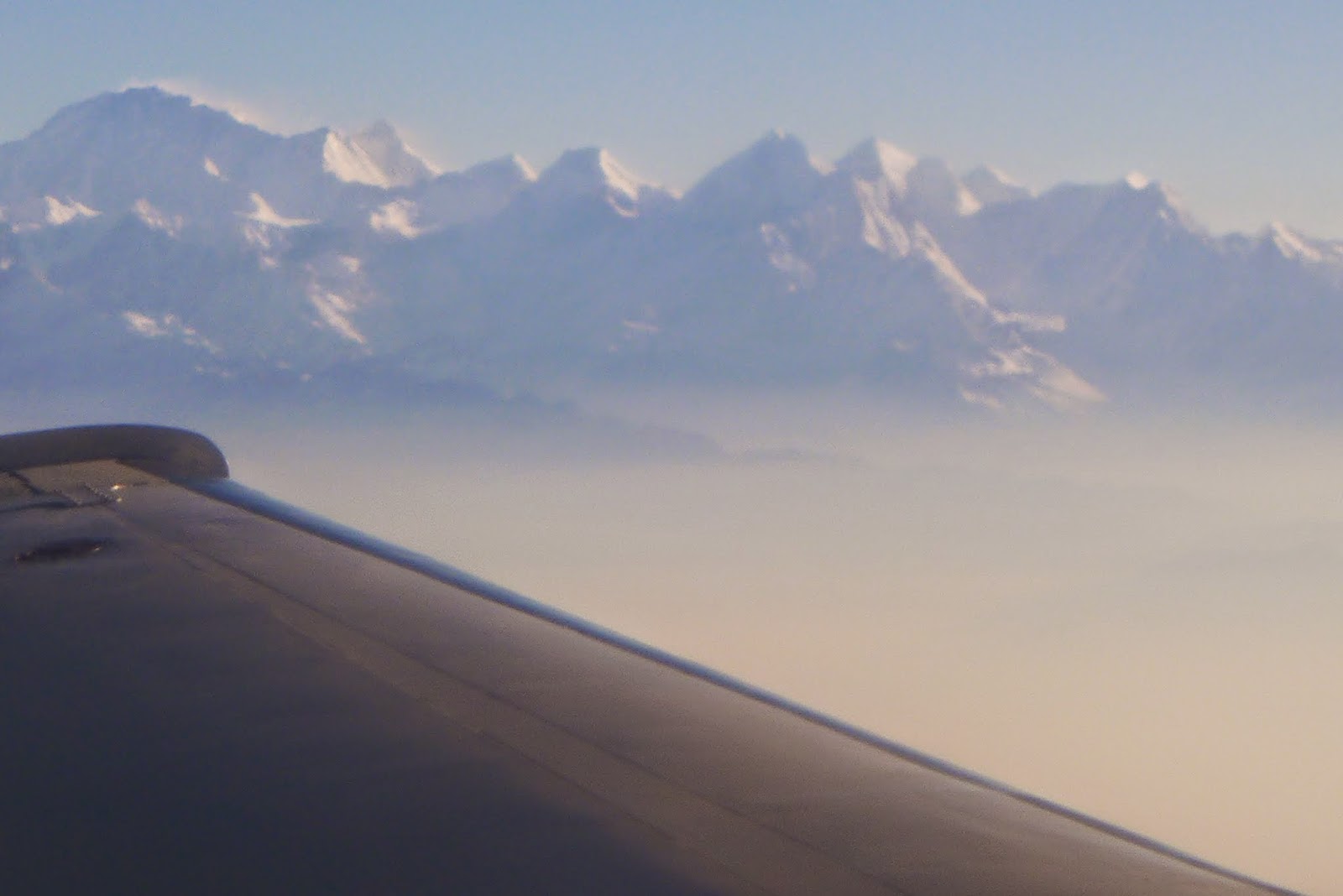 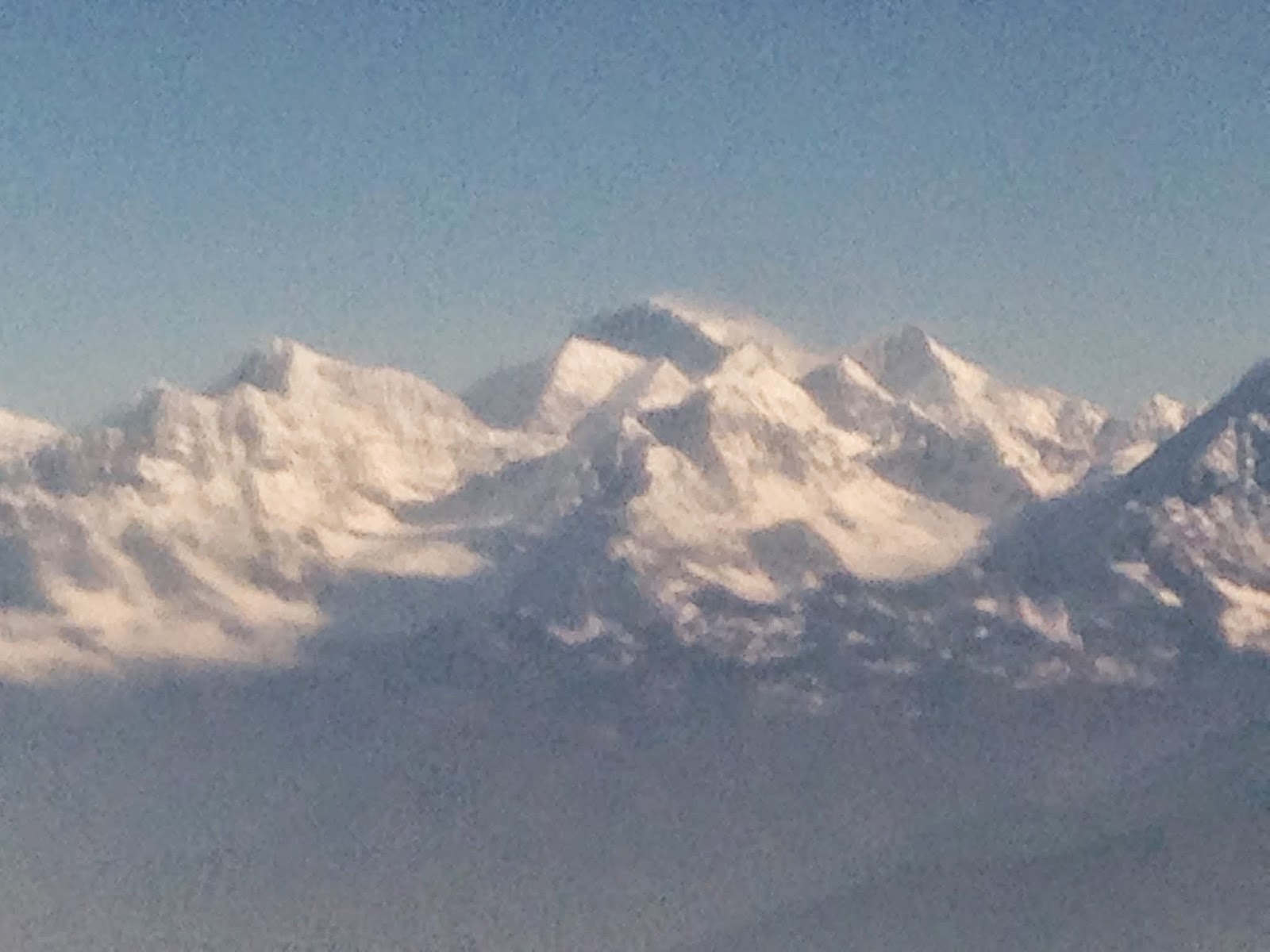 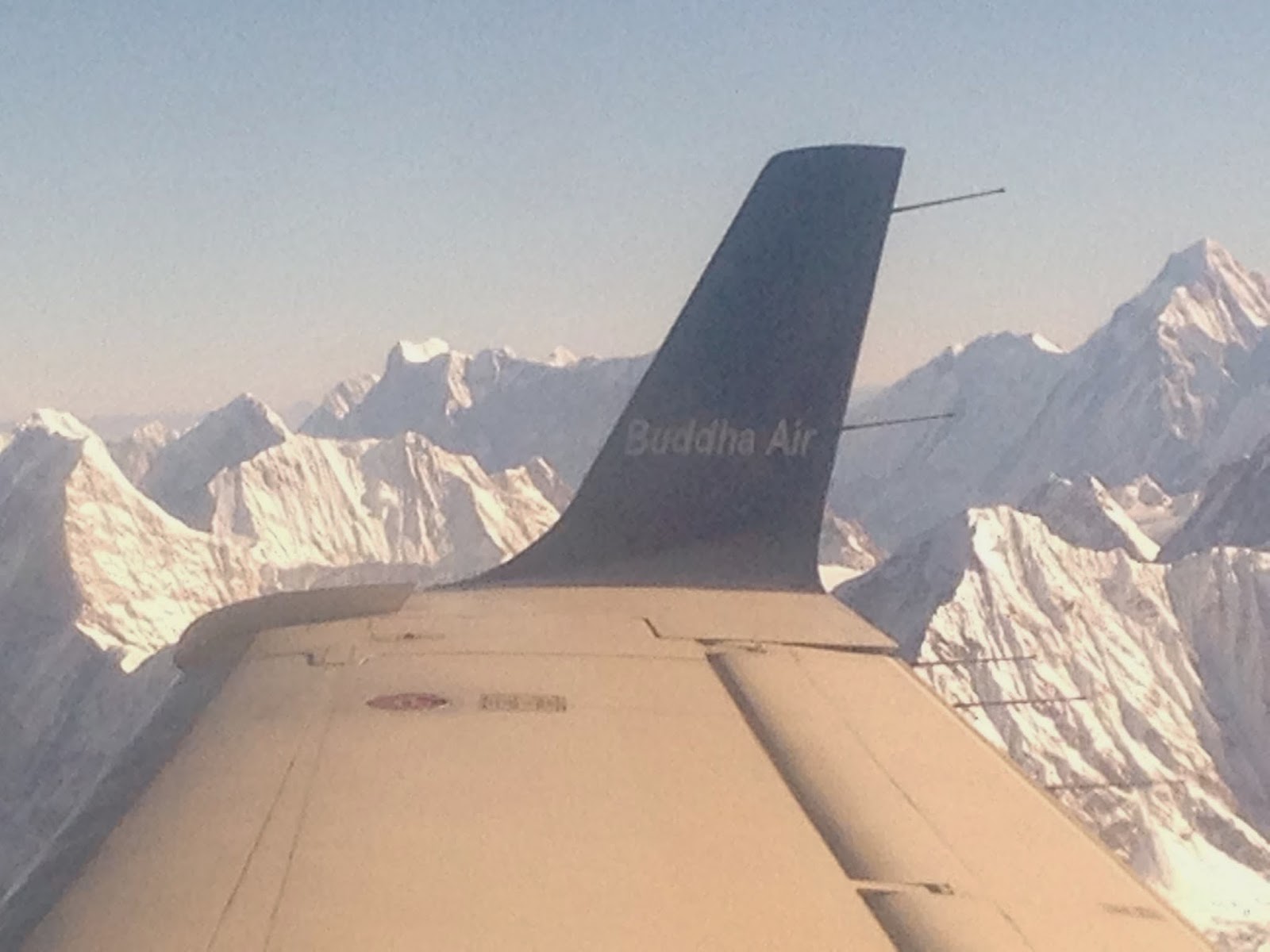 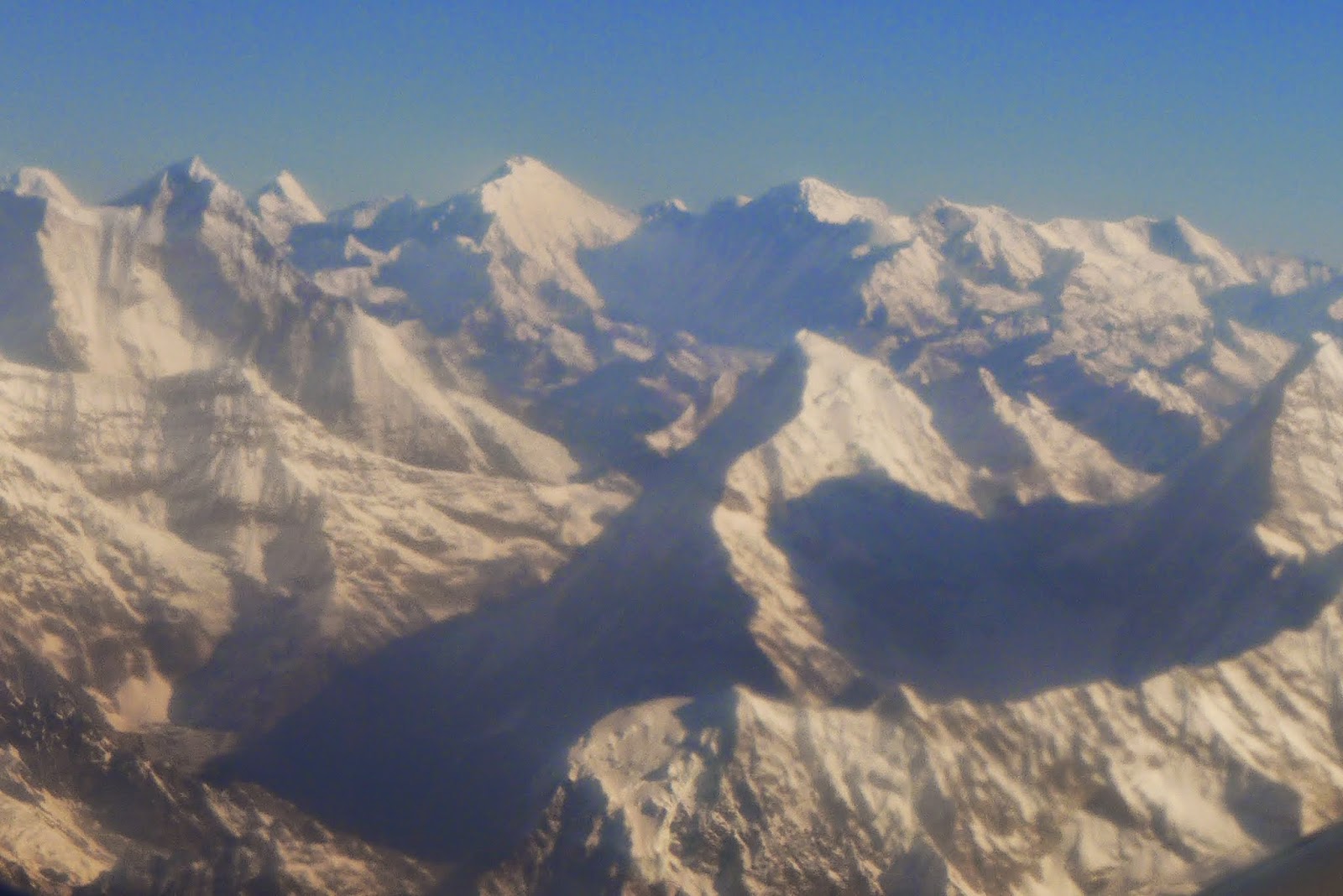 Here is Mt. Everest...The Top of the World! 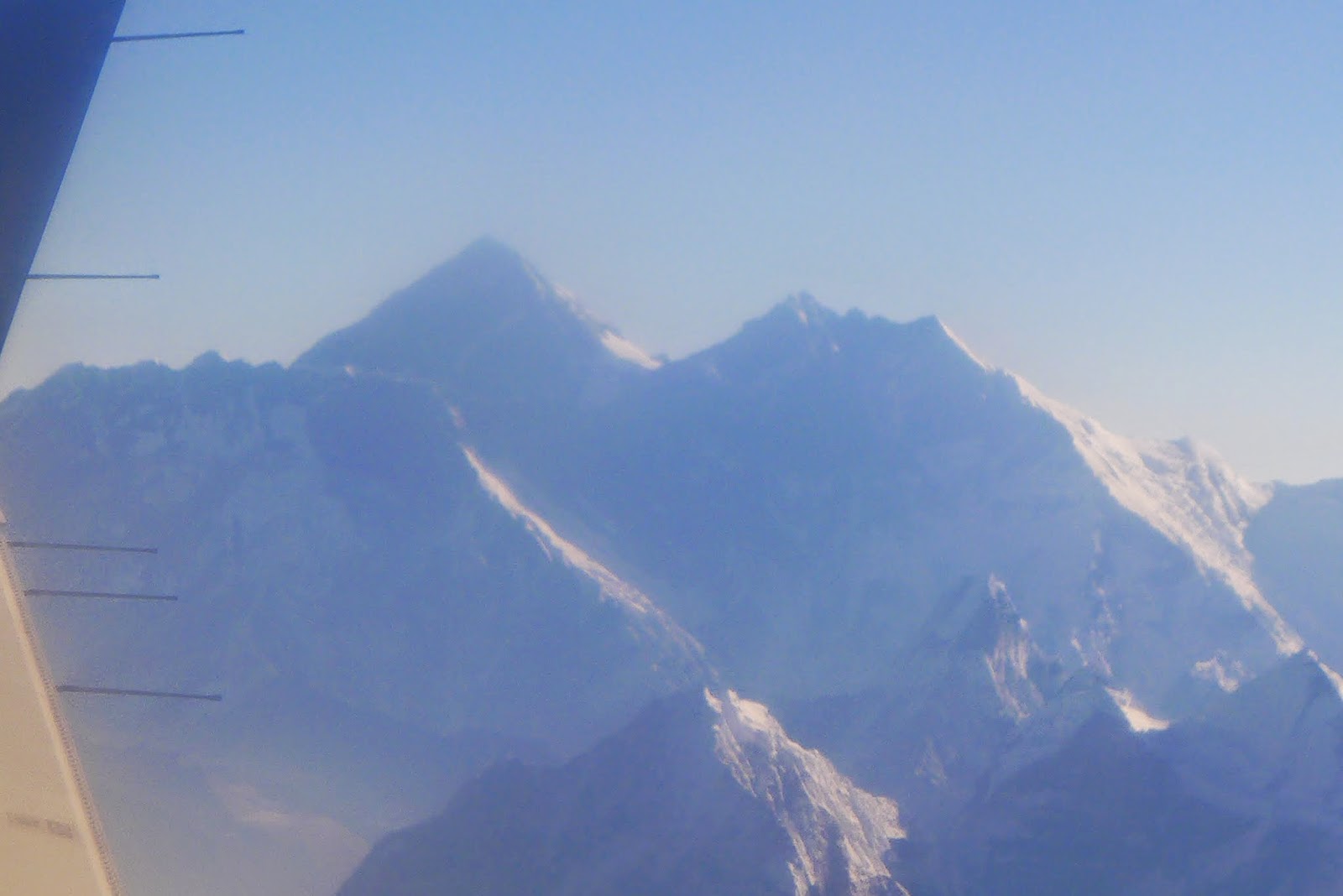 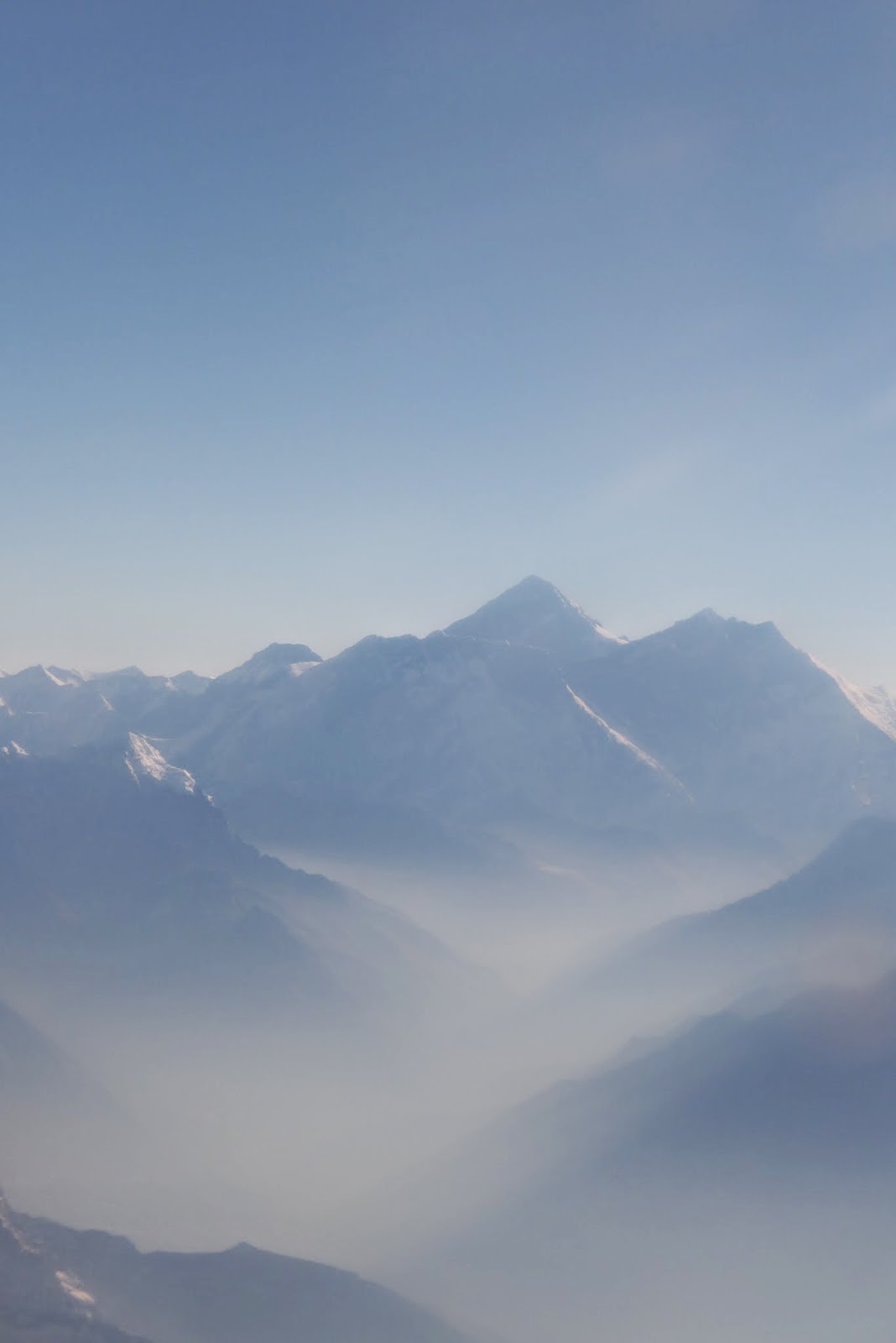 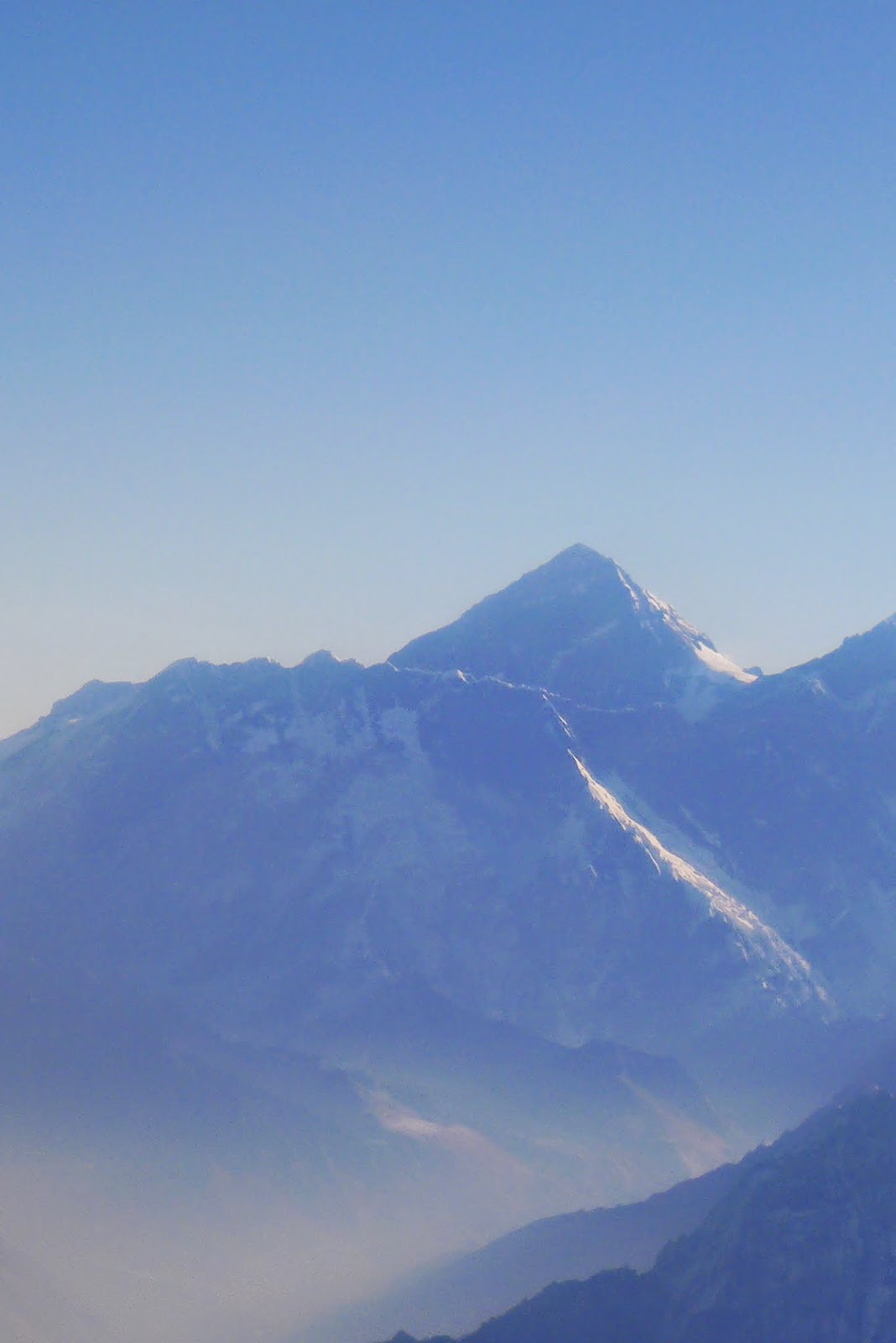 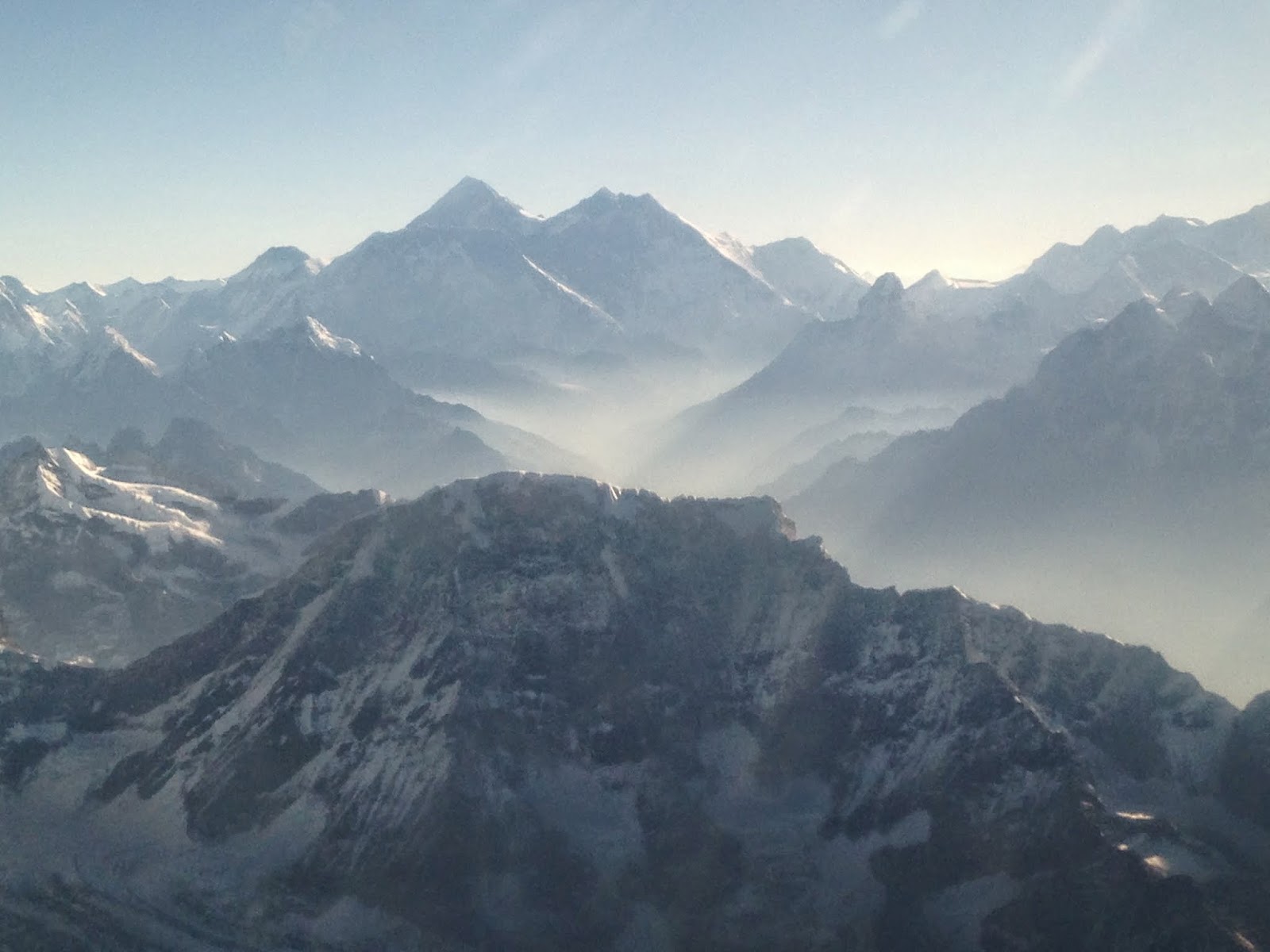 Posted by LastingerTravelBlog at 9:40 PM No comments:

There is something truly beautiful about India and its people, even in the midst of the abject poverty, shady characters(we've encountered plenty here), and garbage everywhere, not to mention the cow feces all over the place.   There is something about the way the people live and enjoy their lives in spite of all this that is amazing.  The culture is full of tradition and mysticism.
We had a completely random experience in Varanasi that gave us a wonderful glimpse into the richness of Indian culture:

We hired a driver to drive us around Varanasi and to Sarnath.  Hiring a driver is very inexpensive in India and we have done this throughout our stay here...some drivers are good, some not so good... but that's a topic for a different blog, which will be titled:  " I DO NOT share your death wish, let me the hell out of this car, NOW!"  Anyway, on the drive back to Varanasi from Sarnath we mentioned to our driver(this one was a very good driver) that we enjoy sitar music and would love to learn more about this traditional Indian instrument.    He immediately got on his cell phone and the next thing we knew he brought us to the home of Shivnath Mishra, one of India's most famous sitar masters.  I never figured out how they know each other....that's just way things are here.

We got to sit in his home, have tea and listen to him play.  He has played with the likes of Ravi Shankar and in fact the brown sitar next to him on the couch belonged to Pandit Ravi Shankar.  As I learned that day, "pandit" is a title given to such master musicians.

The Mishra family have
been musicians for generations, going back nearly 500 years.  We also met Shivnath's son and Krishna's father,  Deobrat, himself a very well known sitar master.  Krishna will be the 13th generation of musicians in this talented family.
Deobrat took us to visit his music school where he trains about 40 students in classical Indian music.
This was also a real treat and while there we were reminded that the world is really small and sometimes it pays off to play the name game when you're introduced to a fellow American.  Deobrat introduced us to Wade Evans who has been coming to India from his home near Logan, Utah every year or so for the past 11 years to study sitar.
When he said he is from Logan, I mentioned that a college friend of mine, Vonda Jump, lives in Logan.  He immediately said "oh, I know Vonda and Nate. I played at their wedding!"  And in fact I was at their beautiful wedding in Tony Grove a few years ago when he played!
Wade is also a talented musician who plays several instruments in addition to the sitar.  Maybe we'll get to hear him play with Deobrat someday in the U.S.!

So, the moral of this story?  Don't let the fact that your driver barely speaks English and you only know two words of Hindi stop you from making small talk with him....you just never know where it will lead!

Posted by LastingerTravelBlog at 8:06 AM No comments:

One day in Europe I was looking up Temples in India and the Rat Temple came up. There was a picture of it and there were rats all over the place so I thought it was cool. So then later in the trip we got to go to India and we got to go to the Rat Temple!  We bought rat food before going in.  The gross thing was you had to take off your shoes before going in the Temple and you had to step in rat poop.  We got in there and there were rats all over the place.  I threw the food and the rats came running over and ate the food.  Then we looked around and we saw rats coming out of pipes and holes.  I saw a little place under the staircase full of trash with rats in bags and cups and boxes.  Then we left and on the way out we saw hawks outside waiting on the rats.  The Hindus believe the rats are reincarnated holy men so they take care of them by bringing them food and milk.

Varanasi the Sacred City on the Ganges by Lane

We just spent an amazing several days in Varanasi.  It is the most sacred city to the Hindu religion.  Buddha gave his first teaching near here (Sarnath) after attaining enlightenment.  It is one of the oldest continually populated cities on the planet. Many pilgrims come to bathe in the Ganges and many believe it is an automatic ticket to salvation to die in Varanasi.

Our Sunrise Cruise on the Ganges

Bathing in the Ganges

Making a wish and counting our blessings!