We got to Hiroshima two days ago.  We walked around Hiroshima and saw a destroyed building from the atomic bomb.  The building was a dome and the roof was all gone.  The floors were totally gone and there was a metal staircase that was all bent up and destroyed. 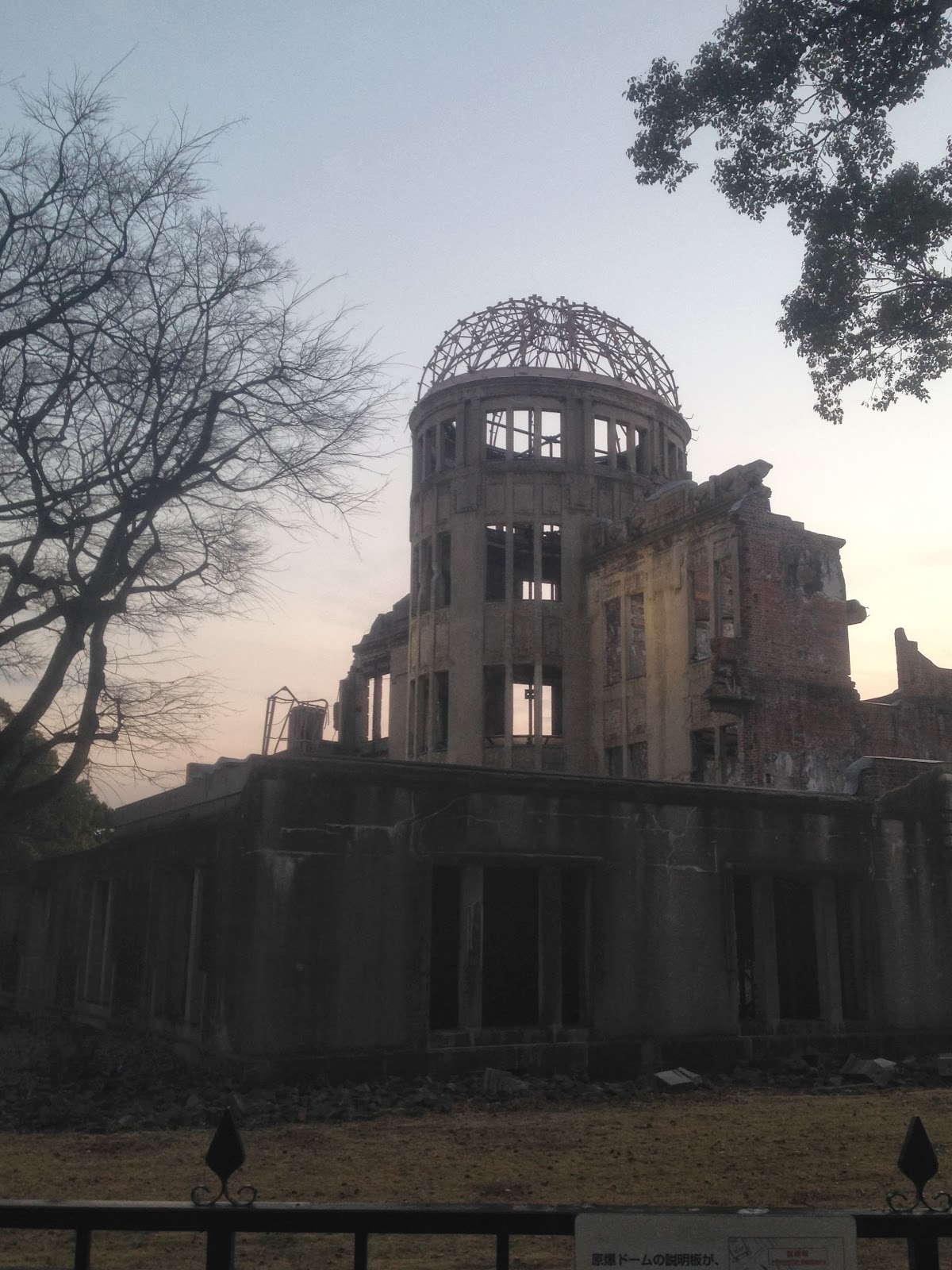 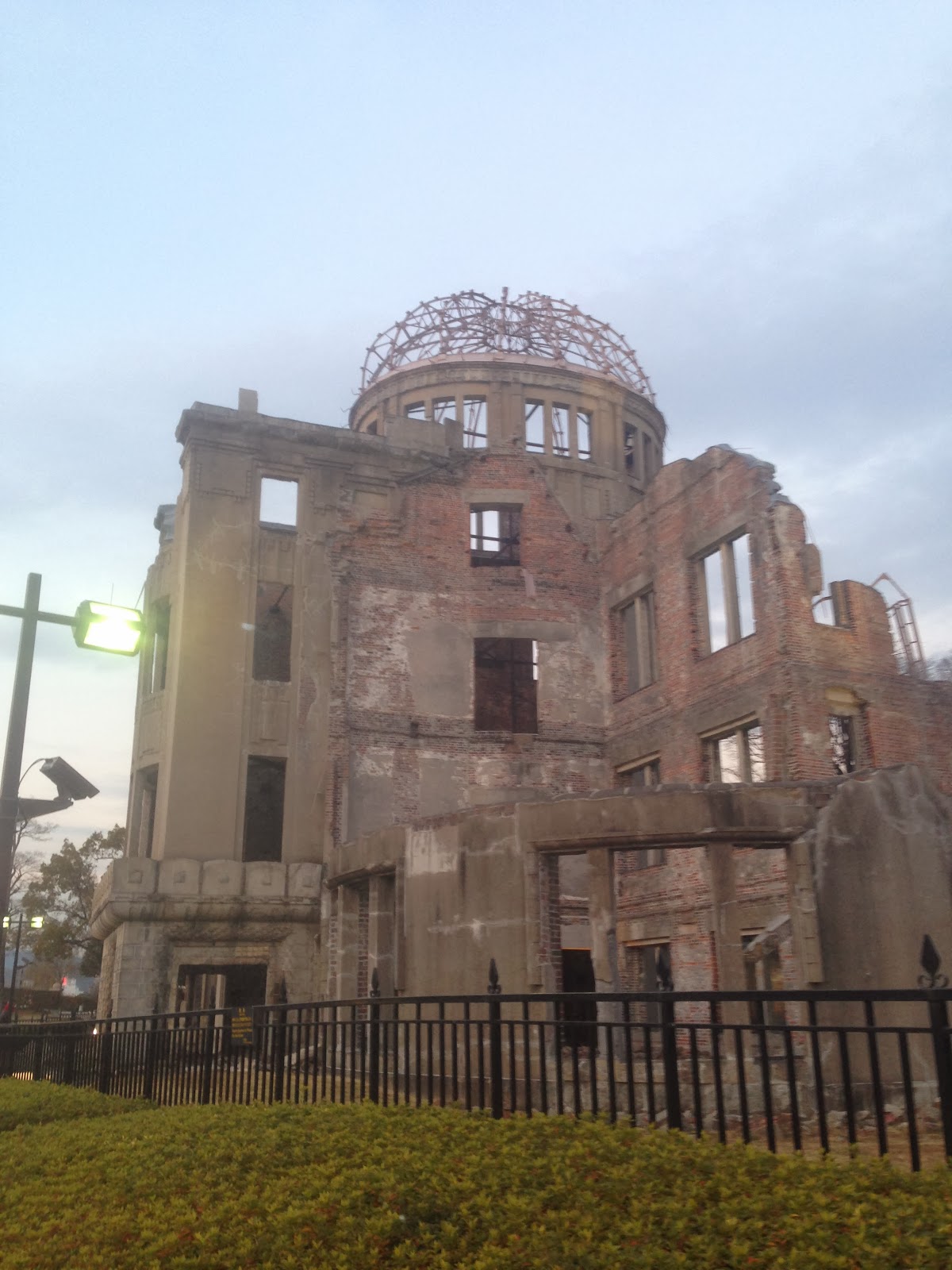 We also went to the Peace Memorial Museum.  We saw pictures of the city after the bomb.  Almost every building was destroyed.  There were people walking around the streets injured and there were dead people on the streets.  There were 350,000 people in Hiroshima before the bomb went off and there were about 140,000 that died because of the bomb.  This happened in 1945 on Thursday August 6th at 8:15 in the morning.  A few years later more and more people started to die from cancer because of the radiation.    When the Americans dropped the bomb the explosion made the plane shake.  One good thing was that one building survived and that building was a hospital.

We also visited the Hiroshima Castle, which had to be rebuilt after the bomb.  We got to try on special Samuri suits and we saw lots of samurai armor with built in mustaches.  We also saw lots of cool swords and sword guards. 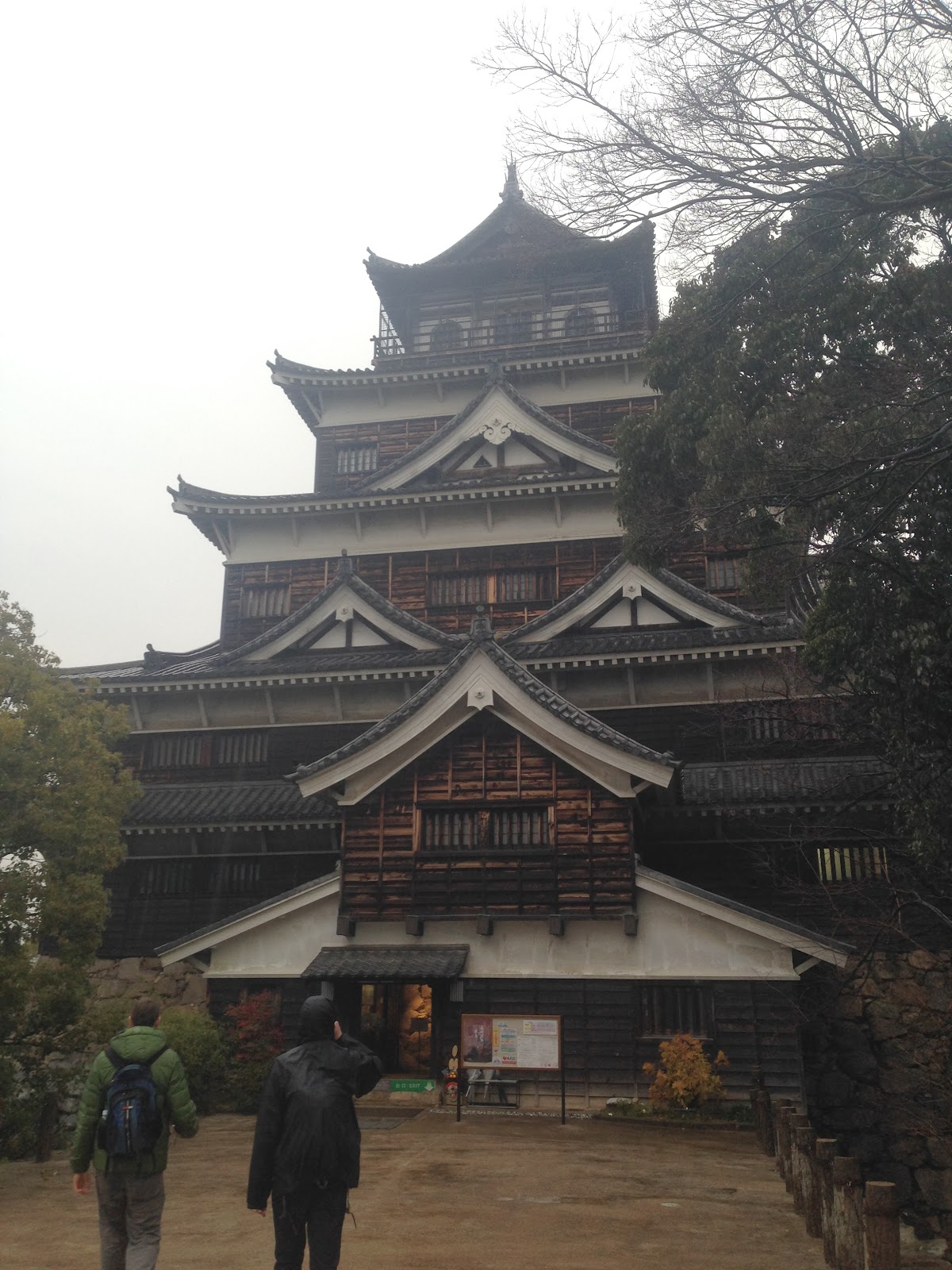 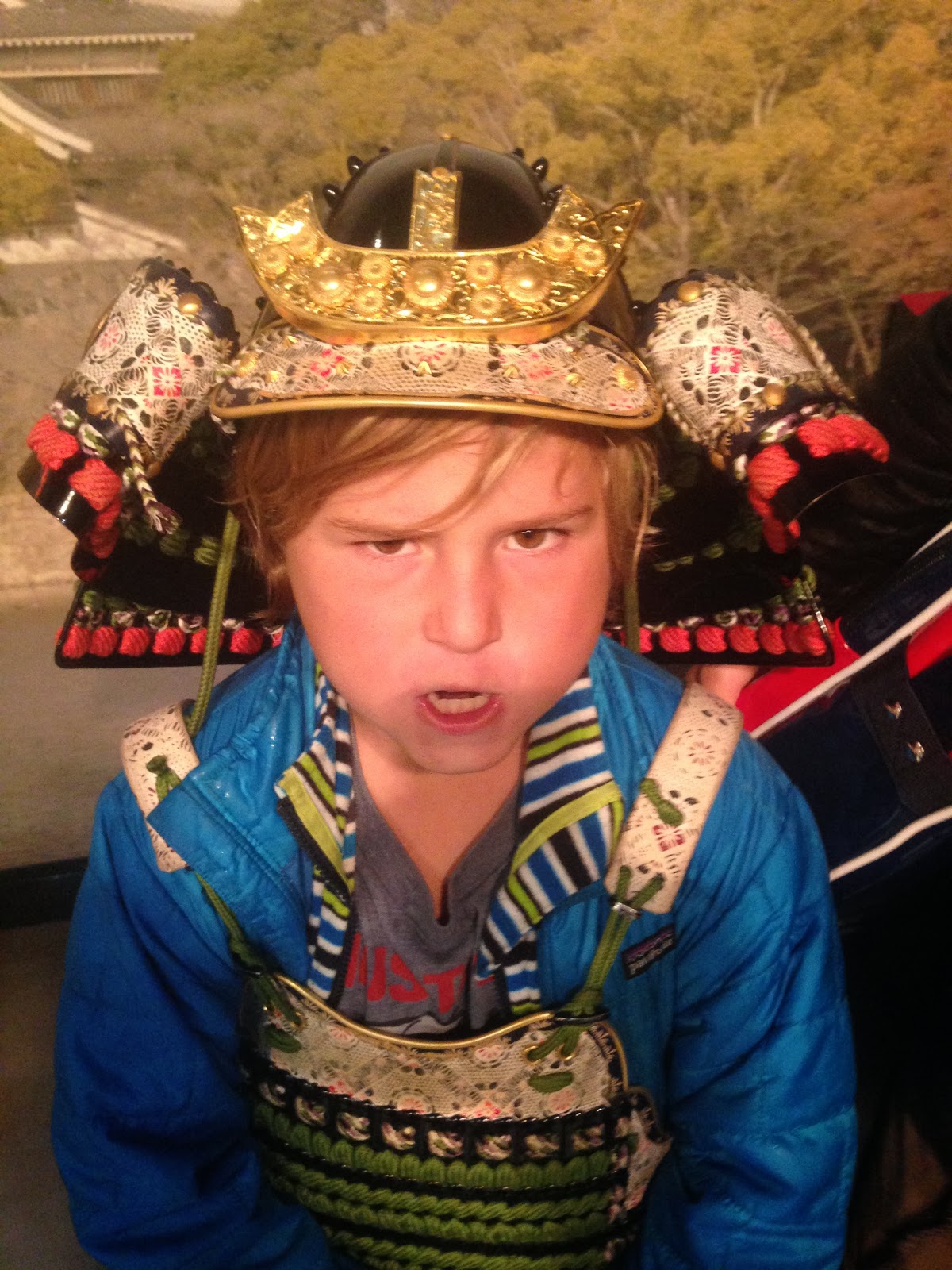 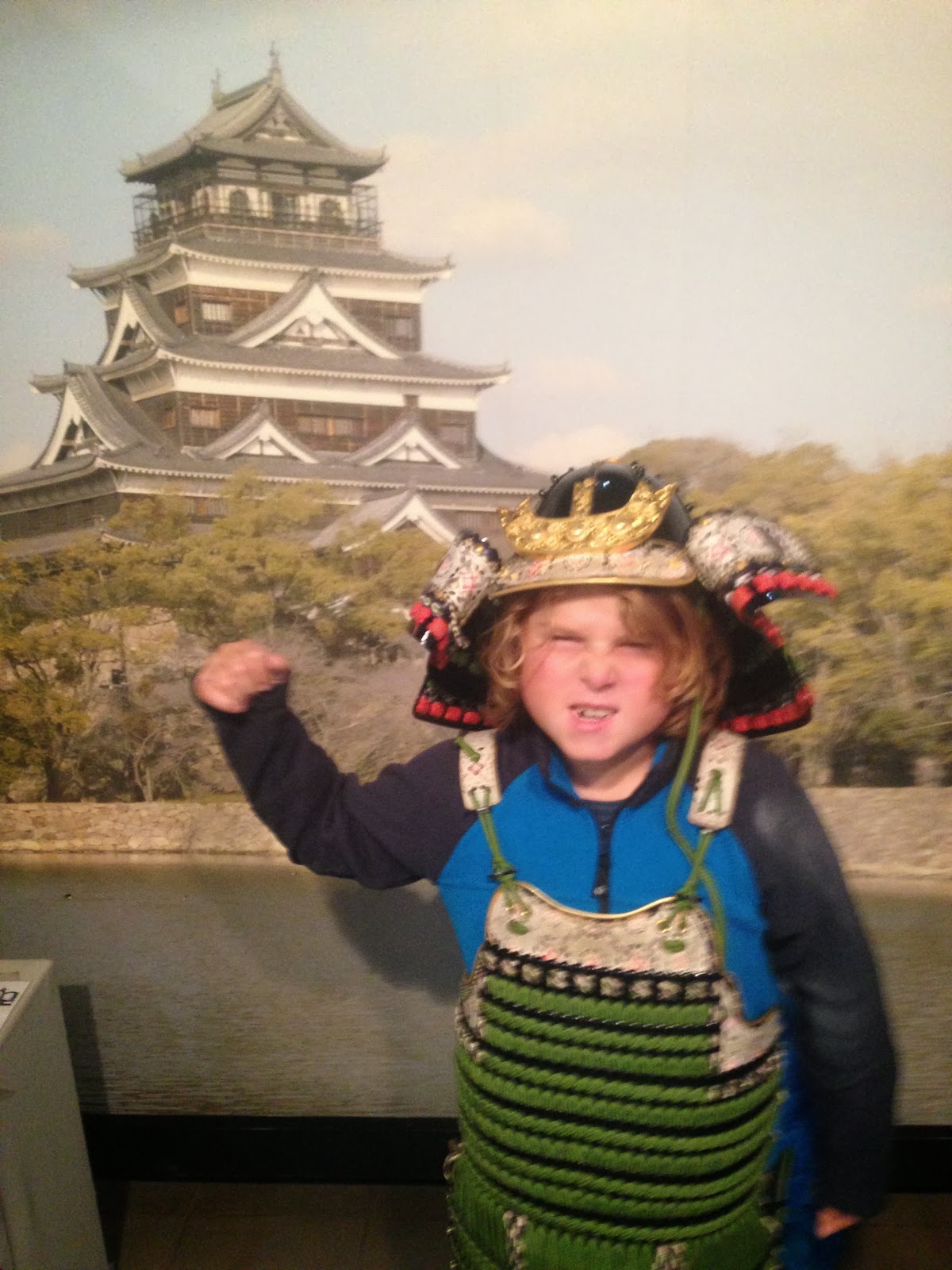 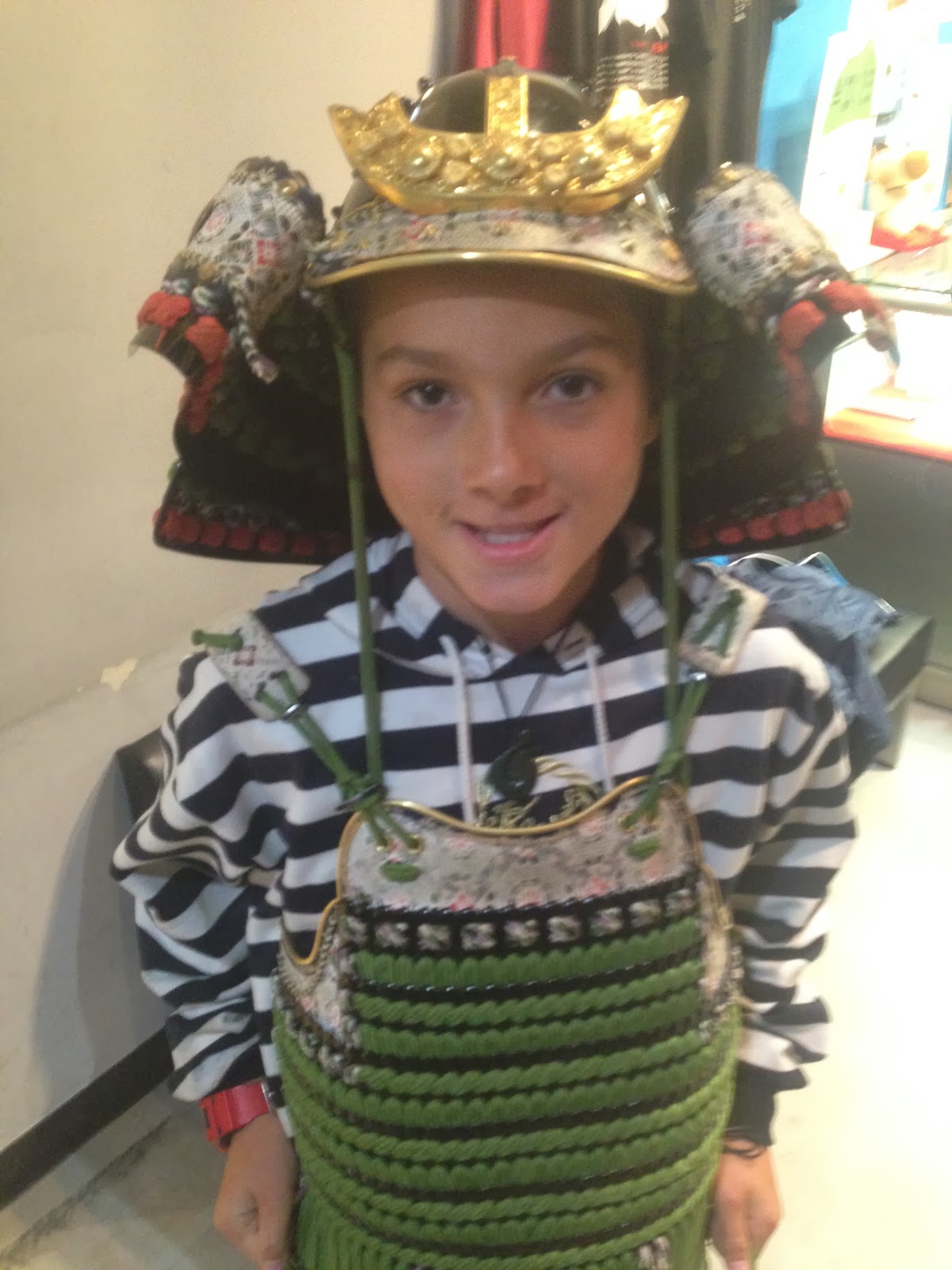 Posted by LastingerTravelBlog at 4:35 AM