When we were in Salta, Argentina we decided to go on a bus ride to the salt flats. We got up at 4:00 or 5:00 in the morning to go.  On the bus I was pushed against the window by this old lady.  It was easy for me to sleep because it was 5:00 in the morning and I had the window.  After I fell asleep, my head drifted off on to the lady's shoulder and as soon as my head touched her shoulder I woke up and started apologizing.

On the way we stopped to take pictures and use the bathroom.  The whole ride there was going through the desert which was really cool.  In the desert we saw wild llamas and donkeys.  There were also 20 foot high cacti that had 6 inch spikes on them.  I pulled one off and kept it.

Before the ride my dad bought coco leaves which are supposed to help you with the altitude.  For most of the trip we were more than 12,000 feet above sea level.

We also went to see salt flats in Argentina, Chile and Bolivia.   There was salt on the ground as far as you could see.  There was a house made of salt bricks and there were huge salt mounds that we climbed on.  At the salt flats we took a toy dinosaur and a toy zebra and made funny pictures with
them. 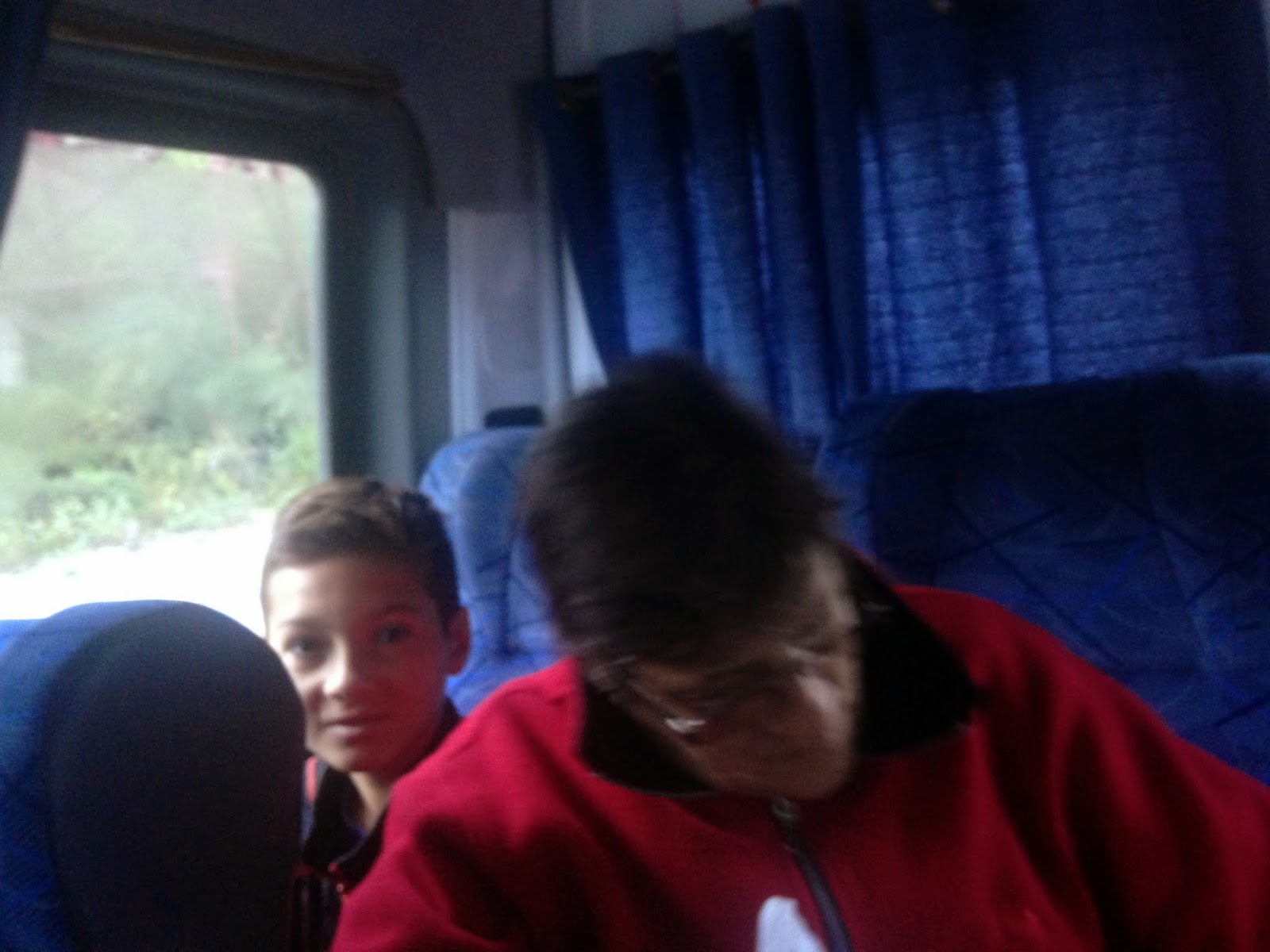 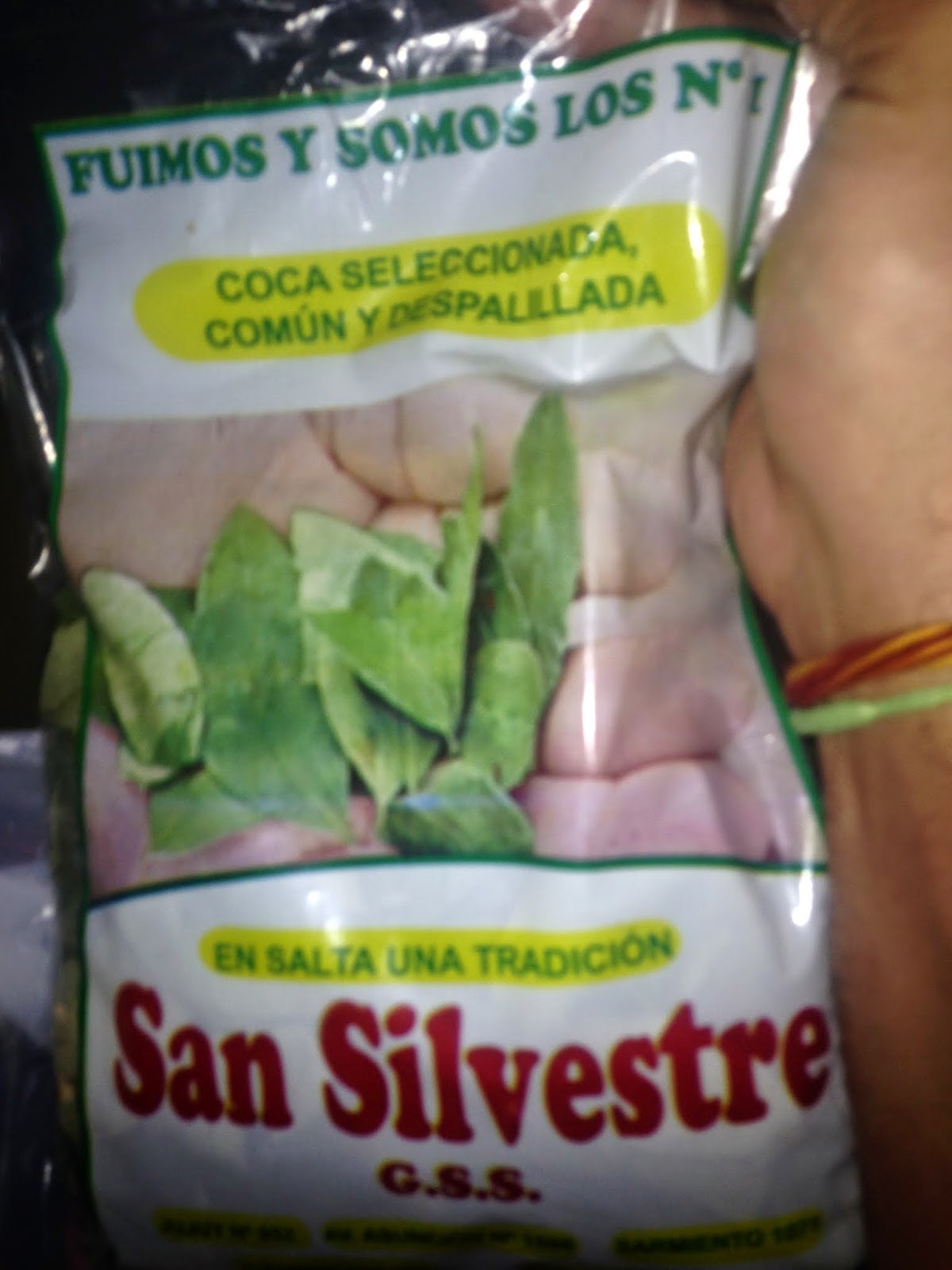 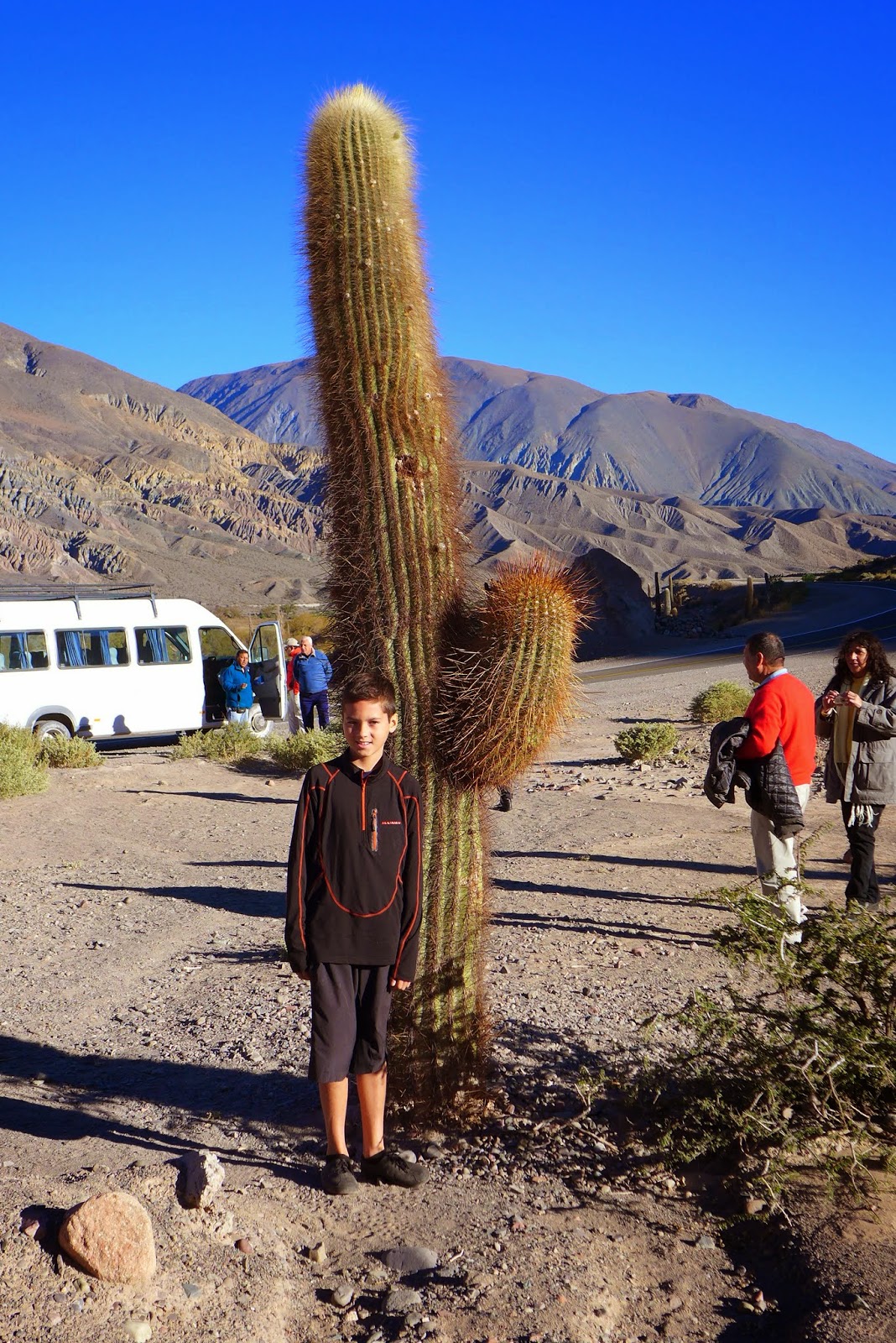 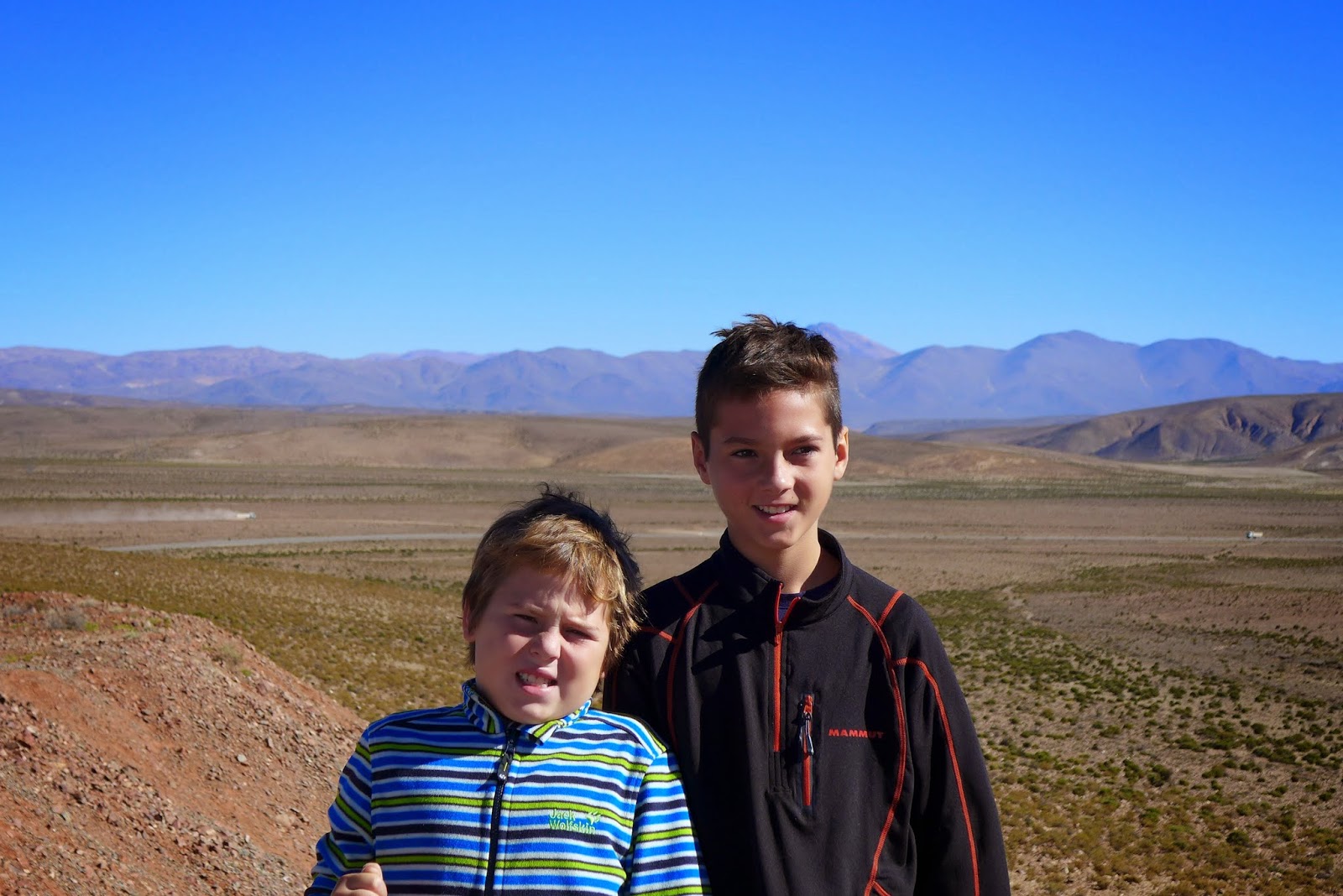 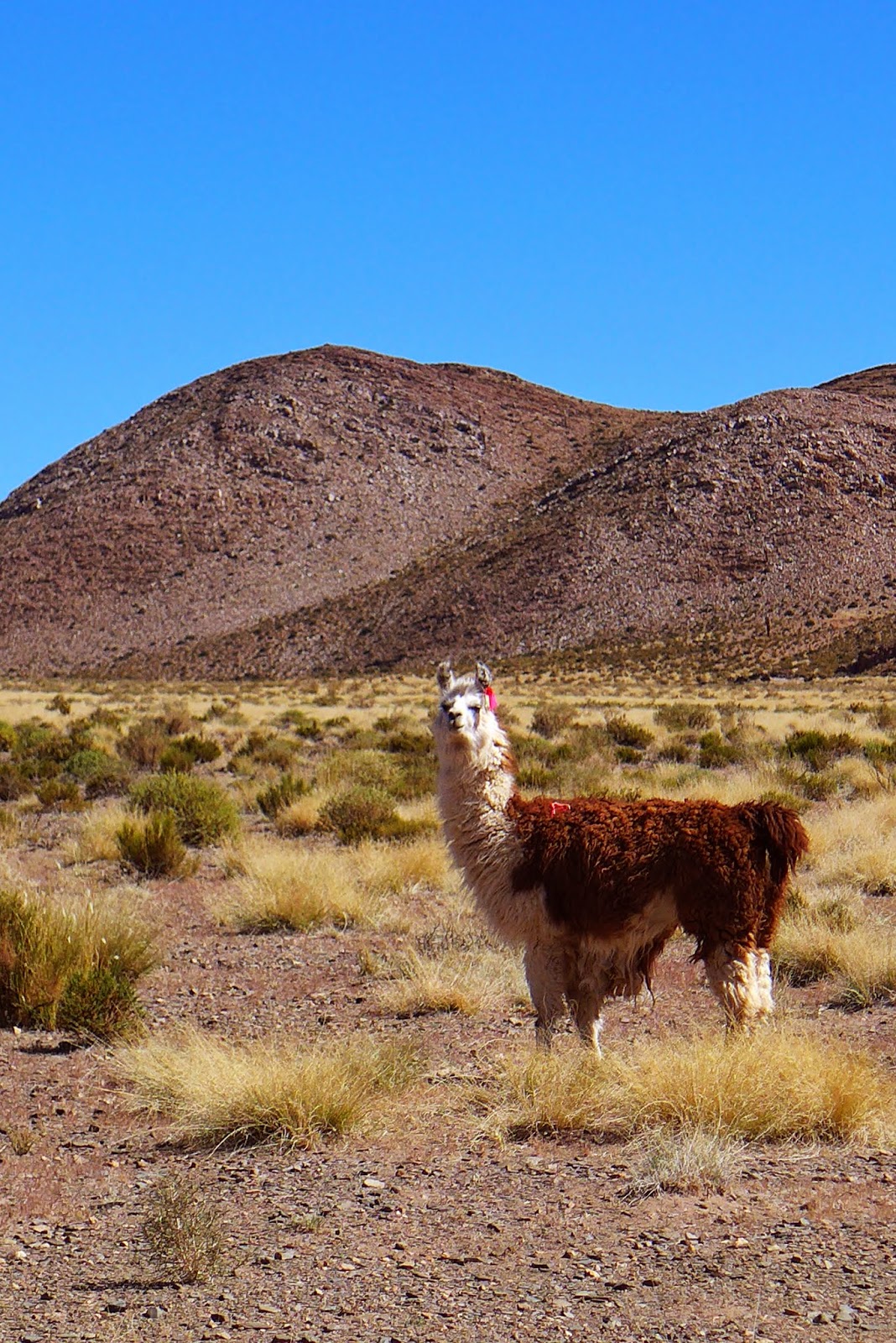 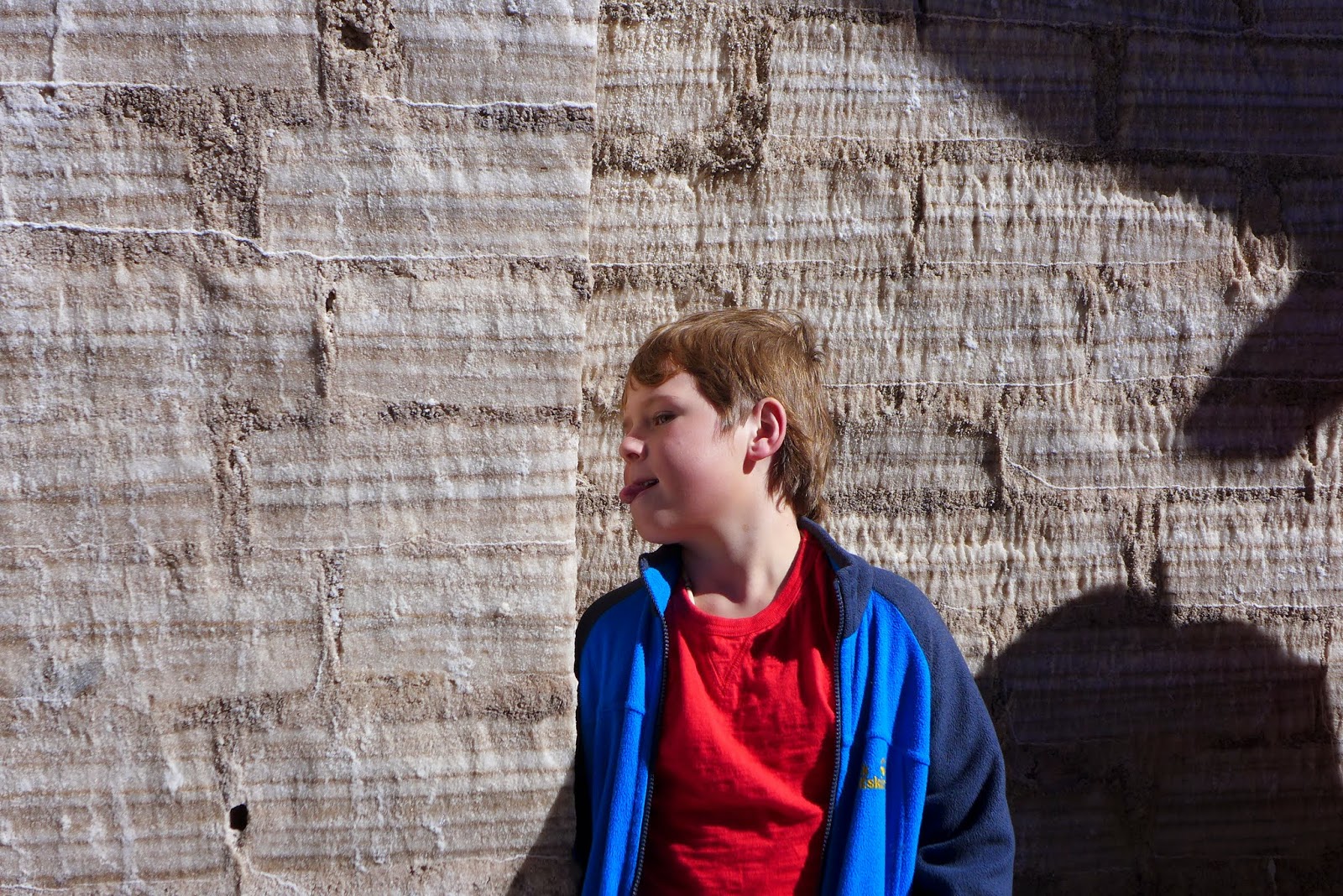 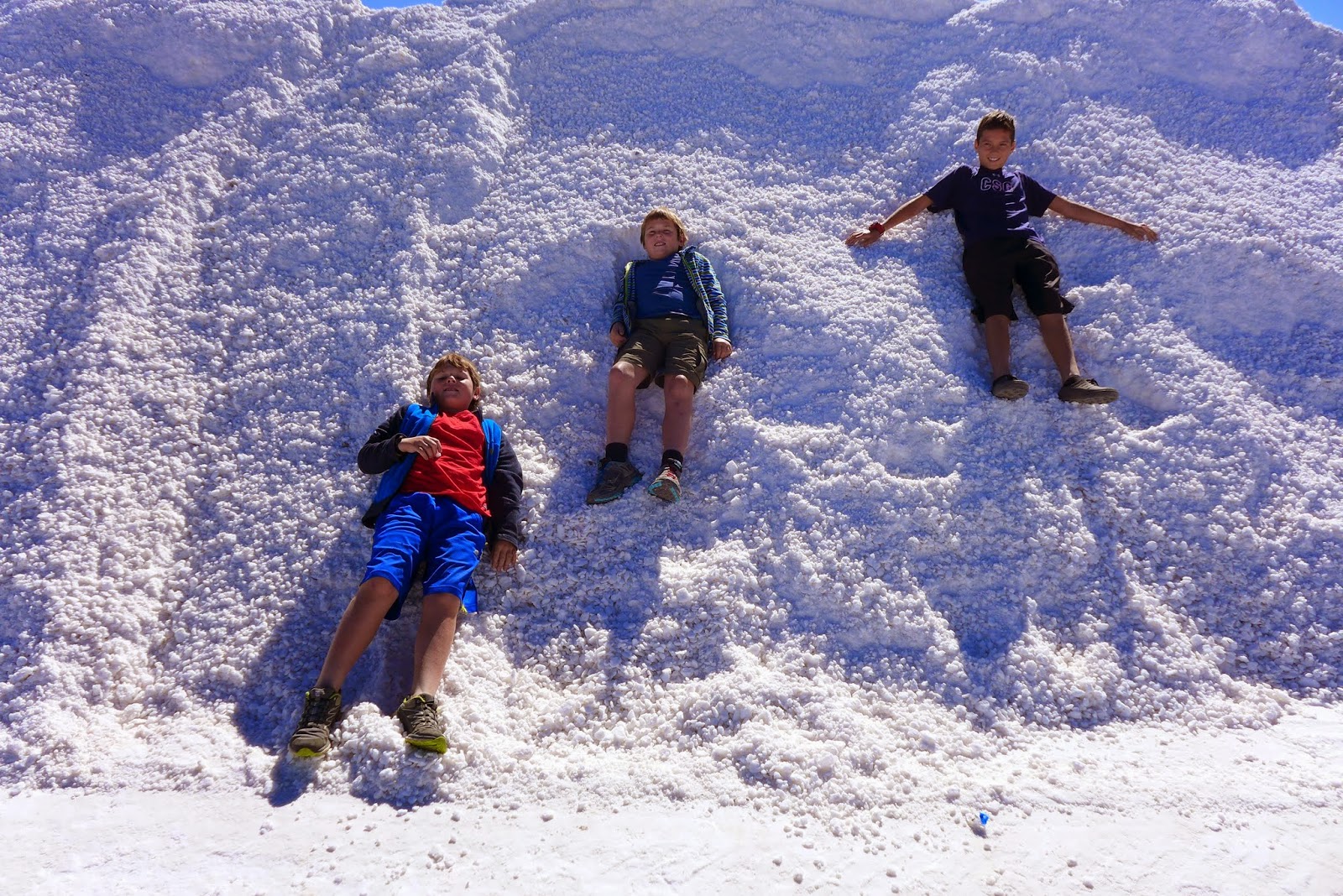 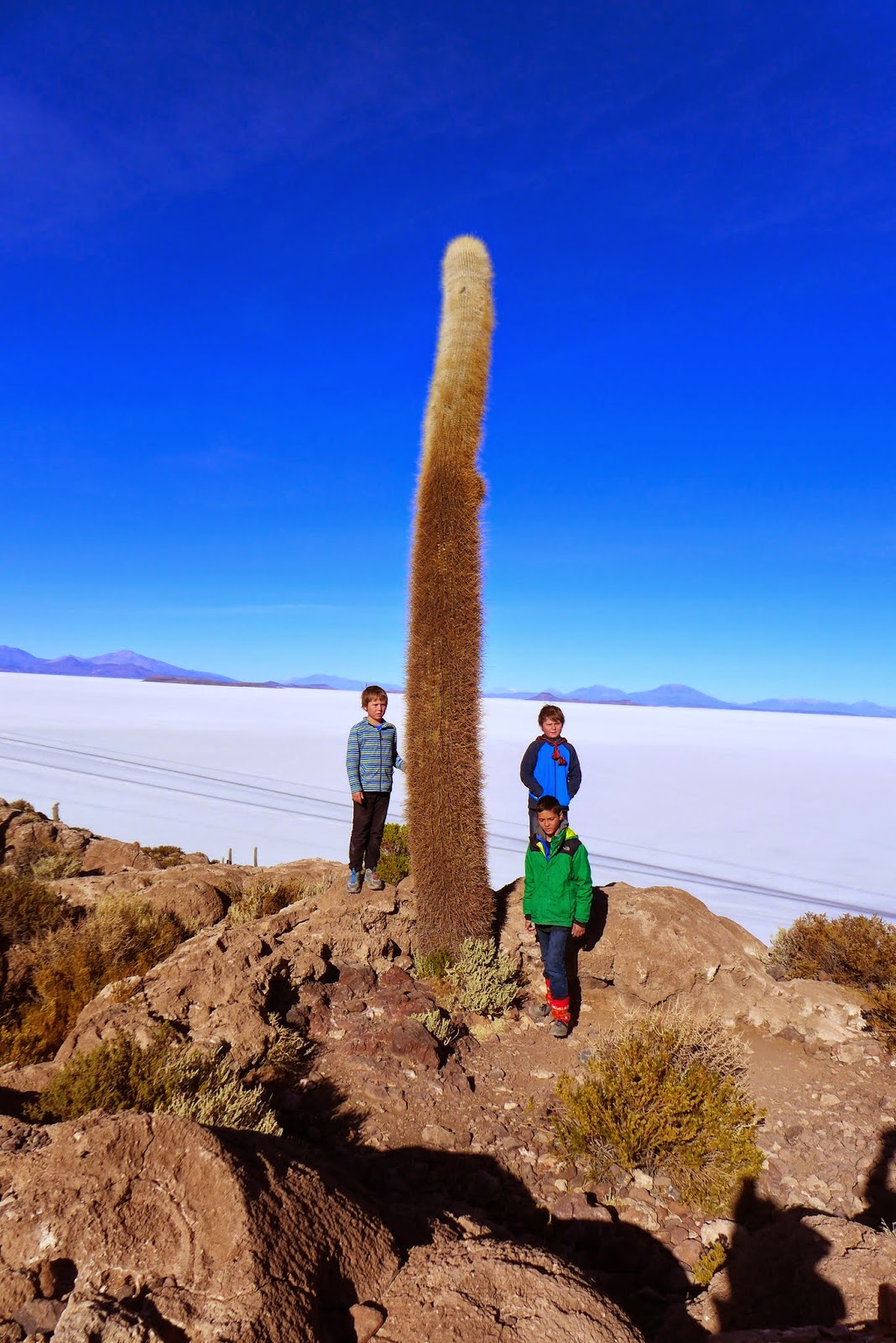 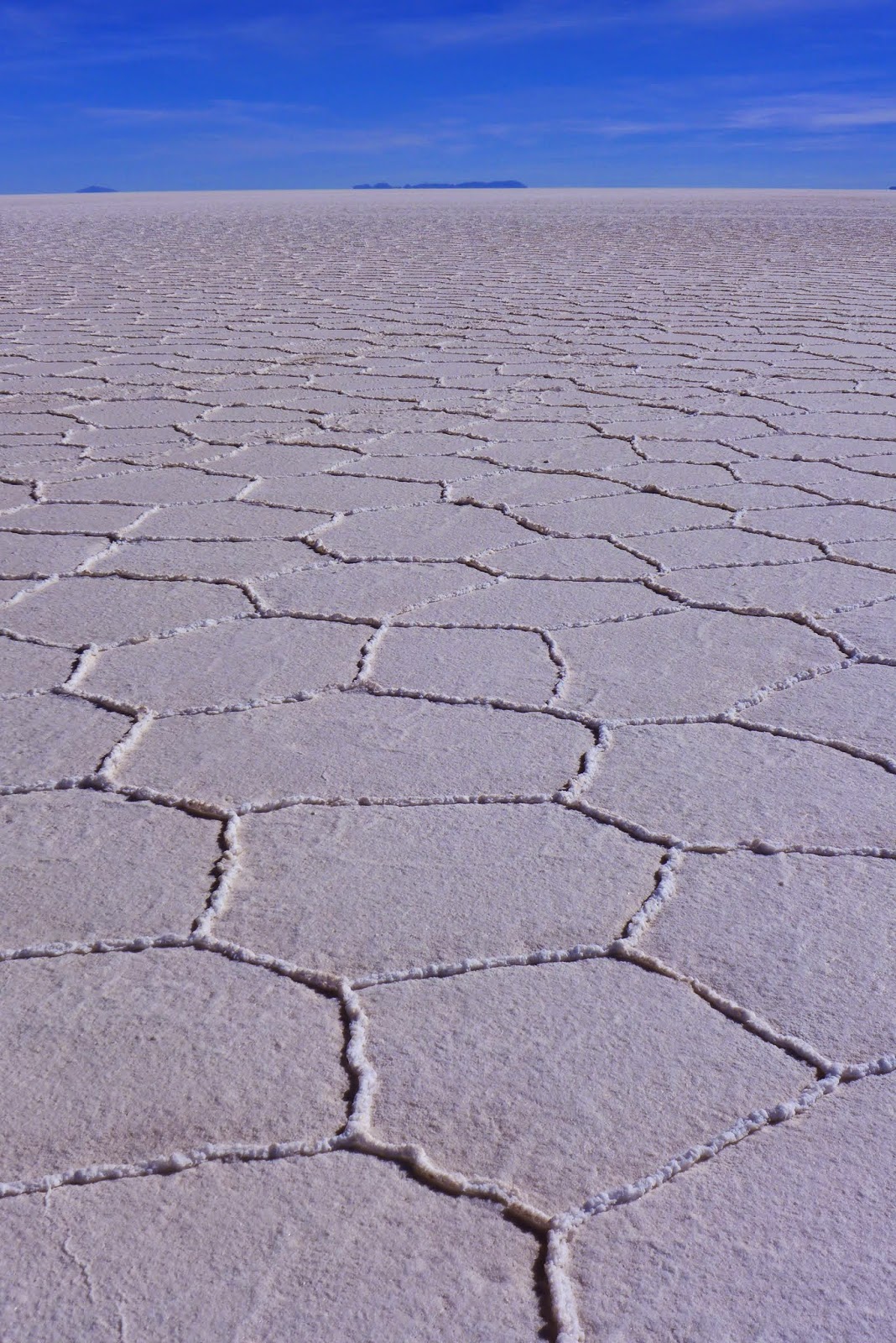 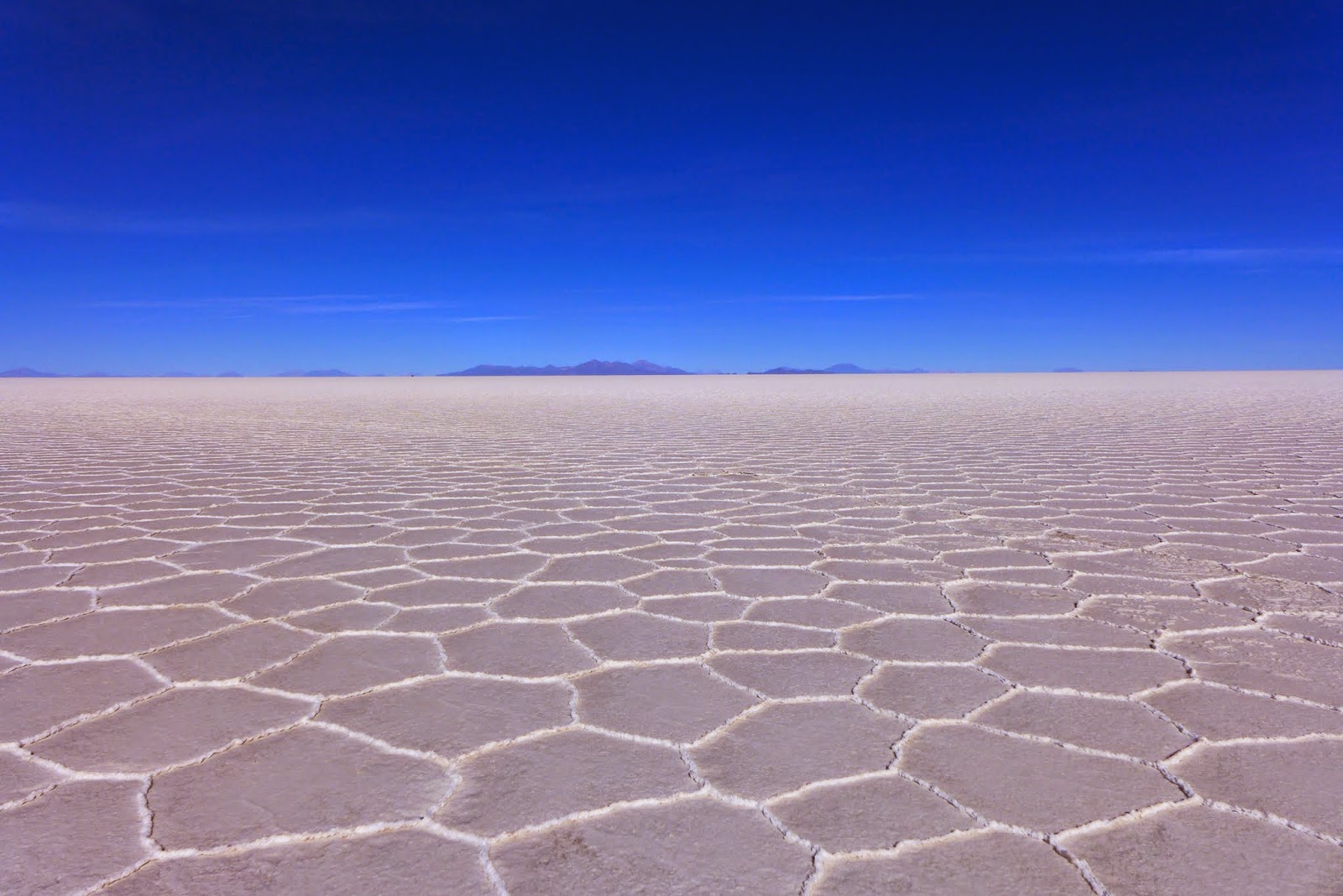 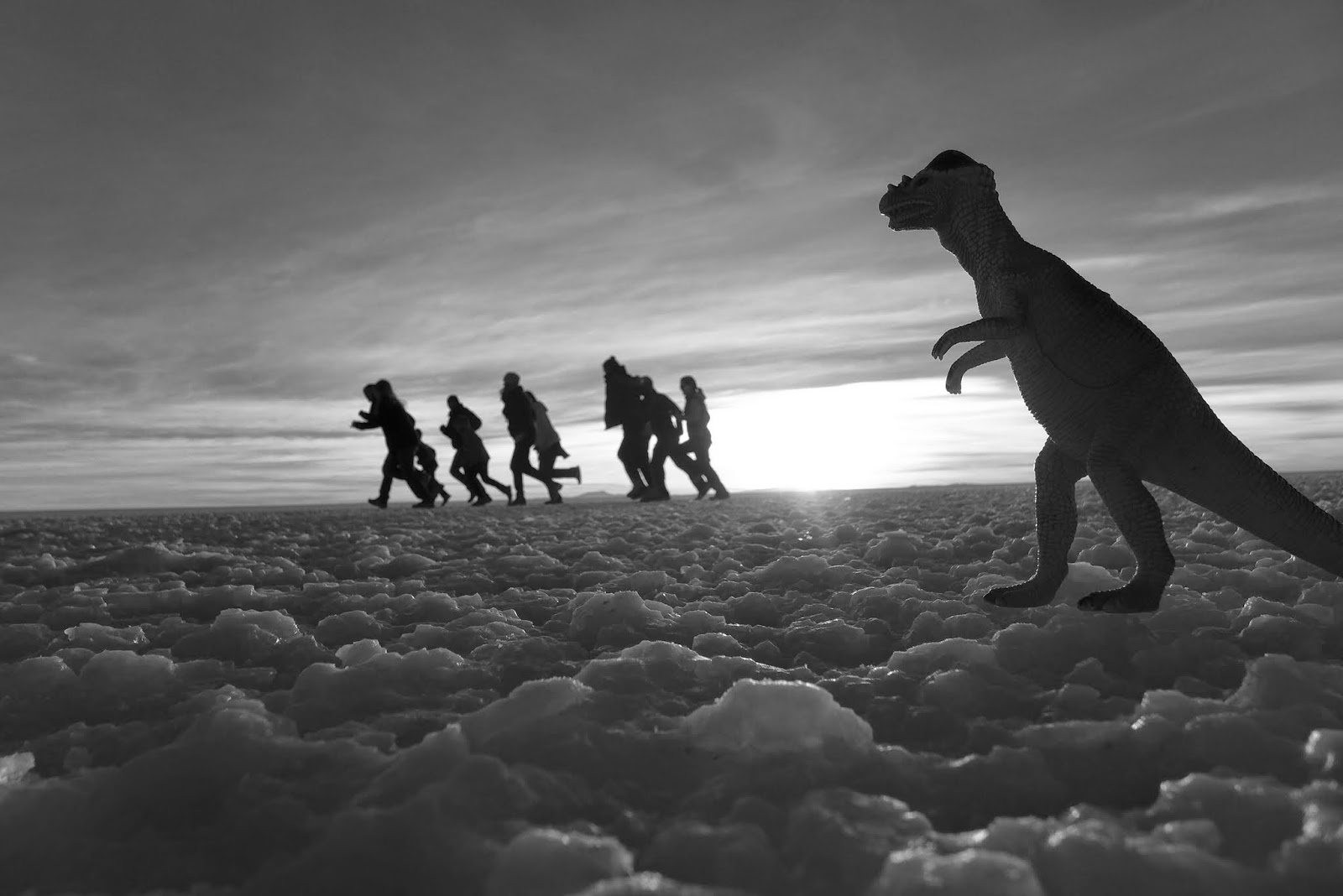 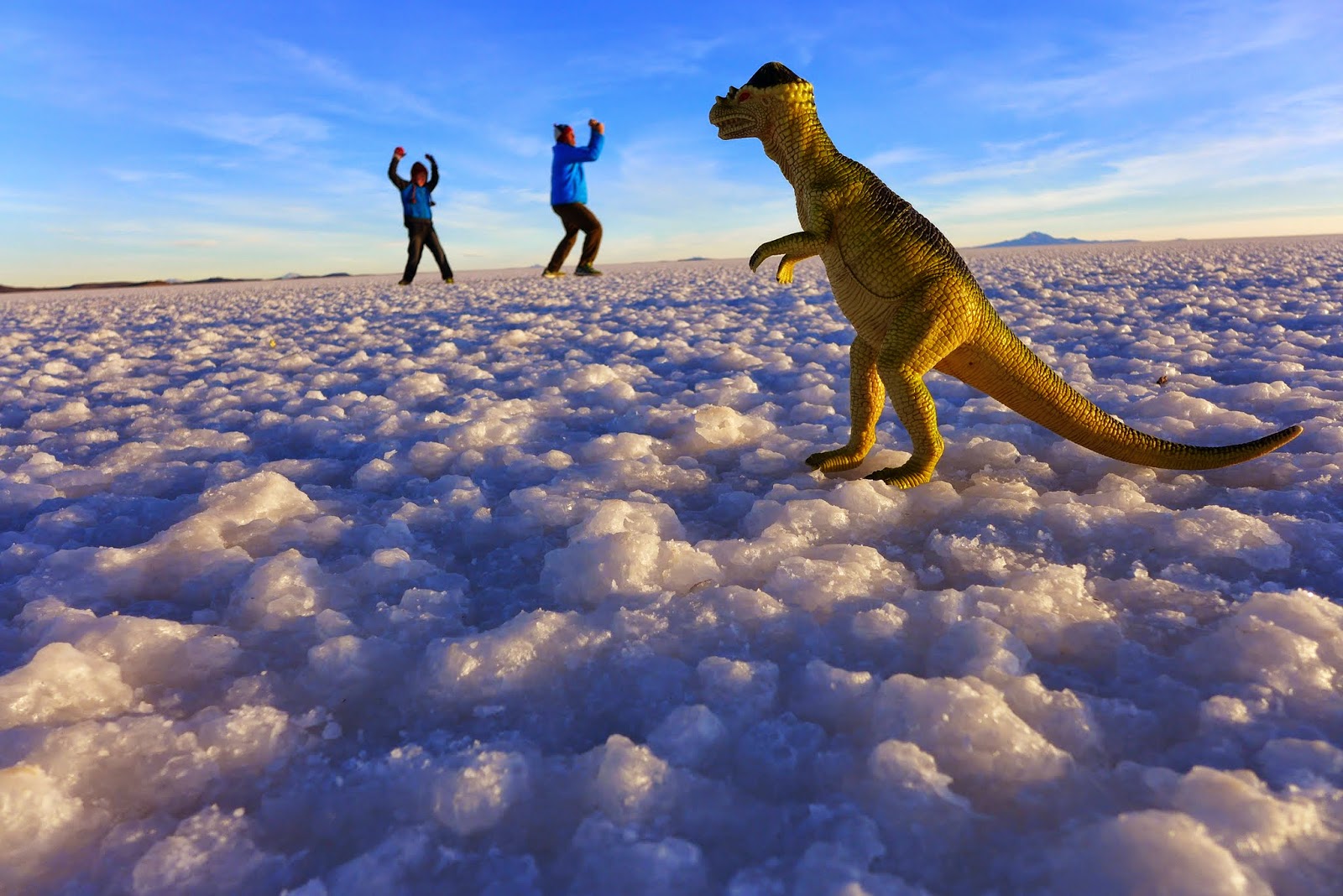 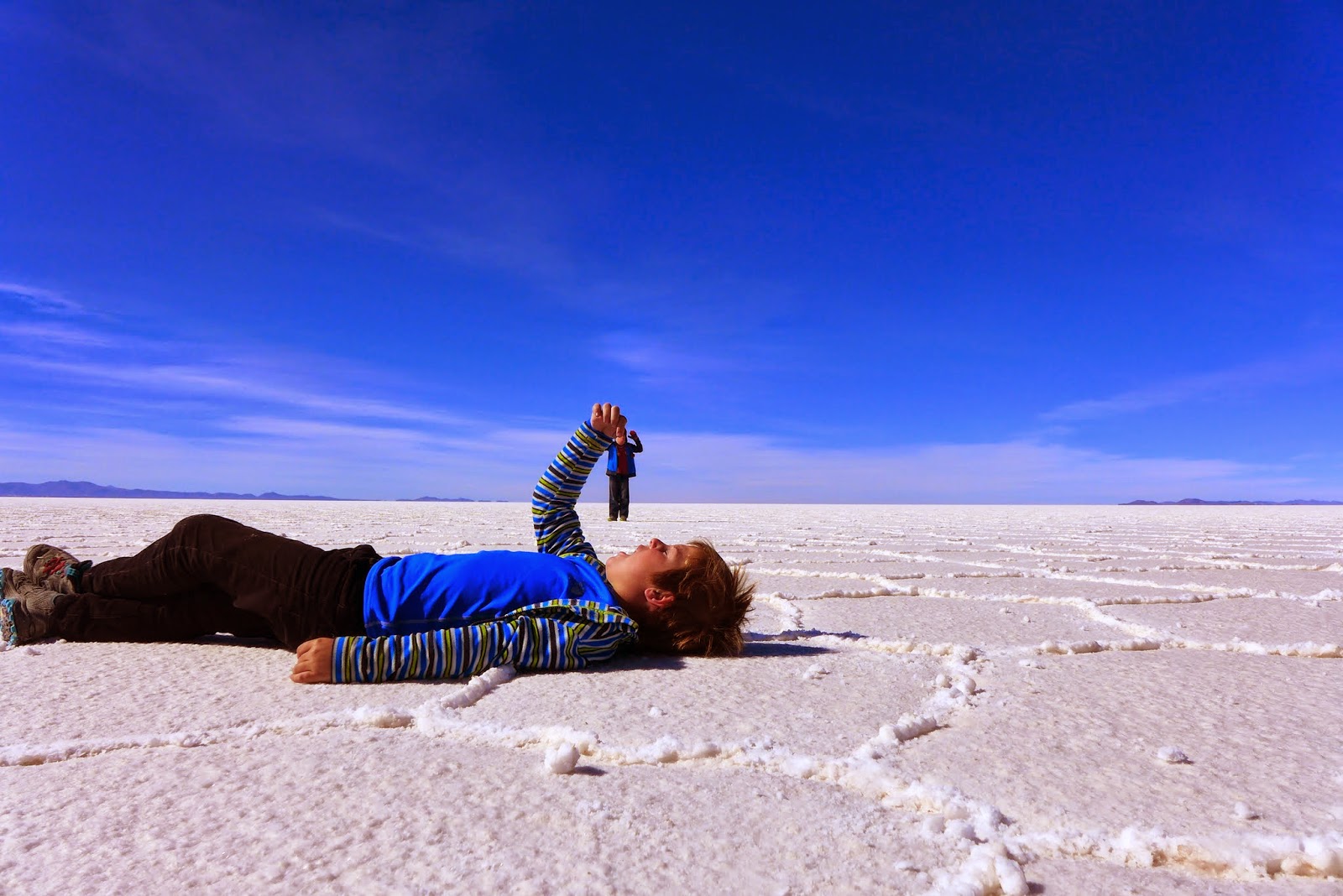 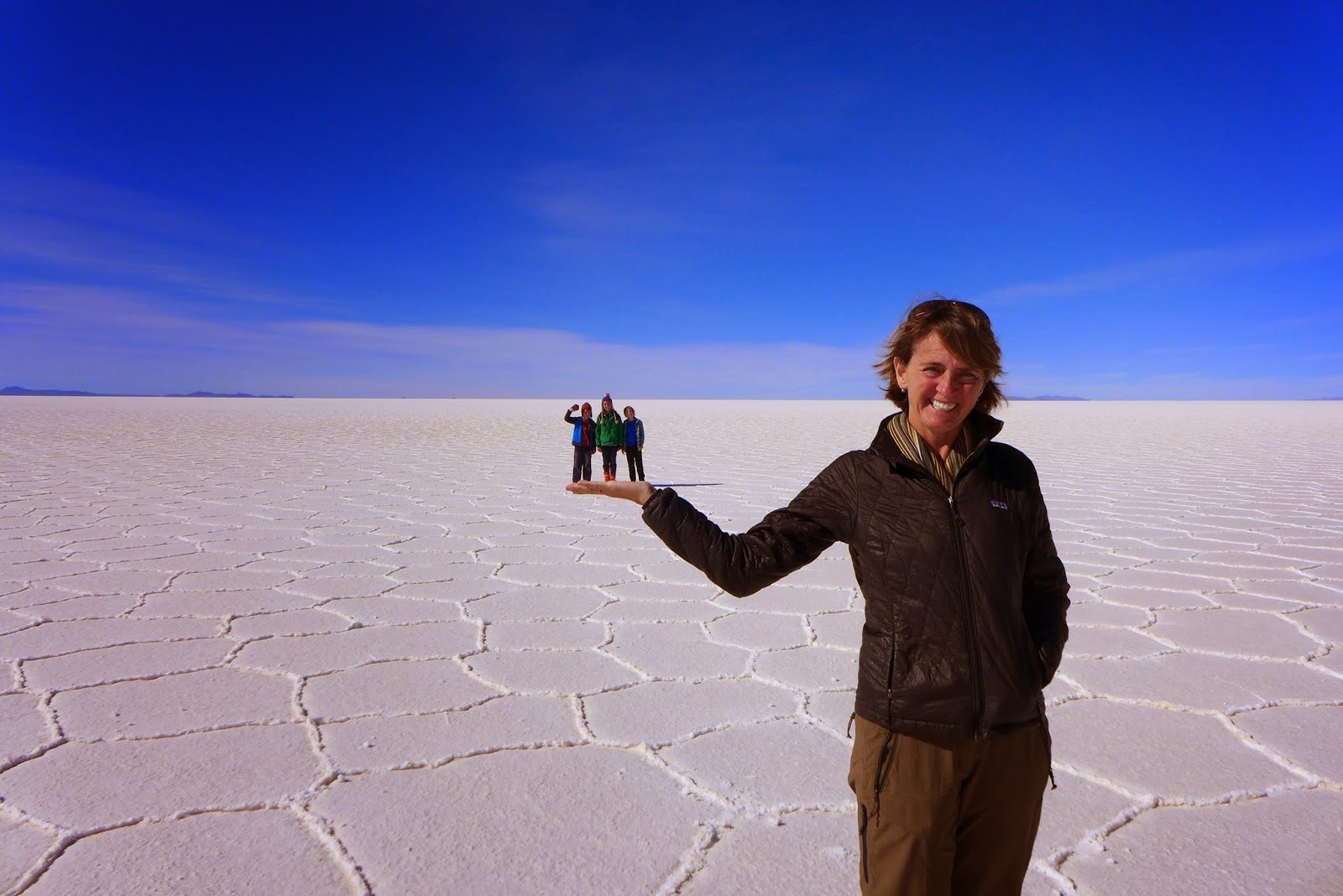 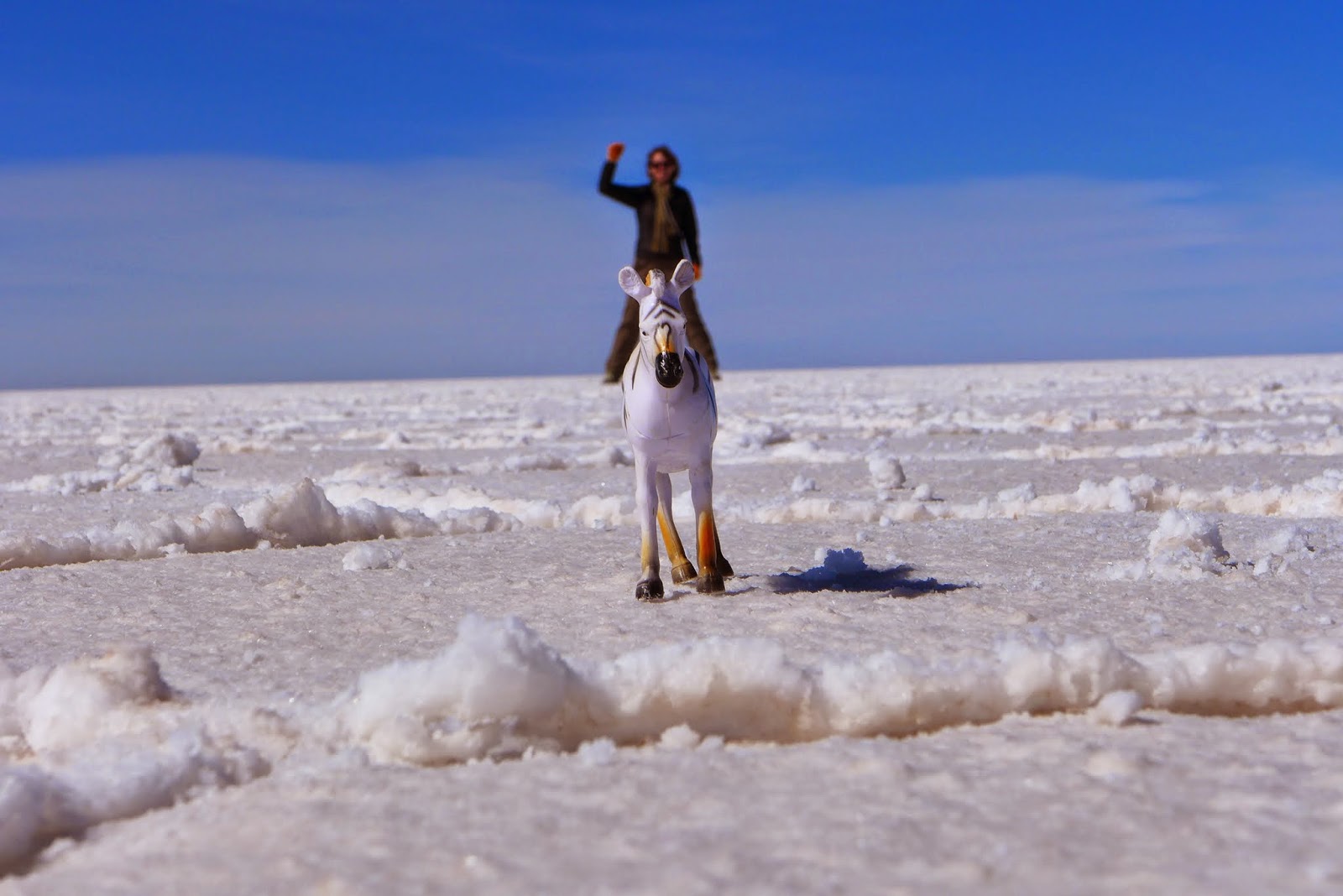 Posted by LastingerTravelBlog at 8:04 AM