In Scotland lots of people wear plaid kilts and play bagpipes.  There are many street performers in the city.  I enjoyed watching a guy painting with spray paint. He painted planets with waterfalls. He used newspapers folded up and swiped them over the wet paint to make cool patterns.

We went to the underground city called Mary King's Close.  The families had to use he bathroom in a bucket and the youngest member (Levi) would have to throw it out into the street while yelling "gaurdie loo!"

We went to Edinburgh Castle and saw a Chapel built in the 1300s.  It is the oldest Chapel in Edinburgh.  We saw a giant canon that could shoot up to three of four miles.  We saw the King's crown, sword and scepter in the castle. 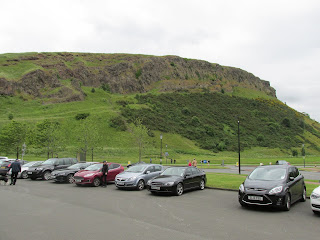 We climbed this mountain 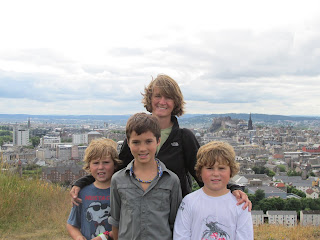 This is the view! 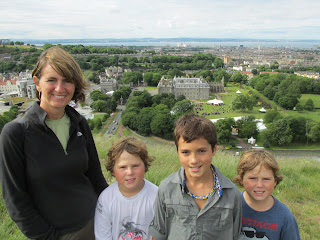 Behind us is Holyrood Palace.  The Queen was in town for a Garden Party! 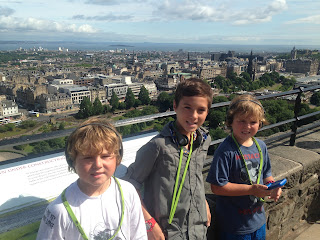 This is the view from the Castle. 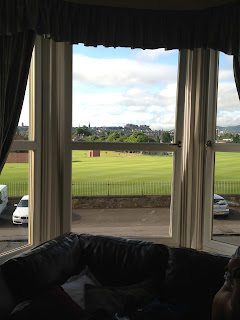 This is the view of the Castle from our room!


Posted by LastingerTravelBlog at 2:27 AM