Well, we started school work Wednesday morning thinking we had plenty of time before the race started but about 30 minutes into it helicopters were landing in the backyard and there was such a ruckus outside that there was no way we were able to concentrate.....so of course we abandoned any thoughts of getting work done and joined the party!  We can't believe how lucky we got with the house in Les Raffards, Savines le Lac!  It was absolutely amazing to be a part of the Tour de France.  Stage 17 of the race literally passed right in front of our house which was just over the top of the second climb. This stage was a time trial from Embrun to Chorges, so we got to see each individual competitor ride by. We were able to walk down the hill to see the riders finishing the second category two climb up Reallon.  Helicopters landed and took off in the back yard seven times until two of them parked there for the day.  There was a parade of decorated cars before the race started.  People started camping on the roadside all along the route almost a week before the stage started.  It was such a  great experience! 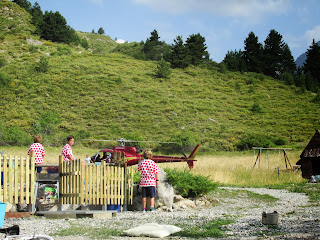 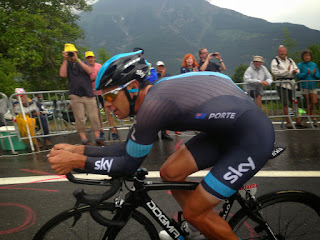 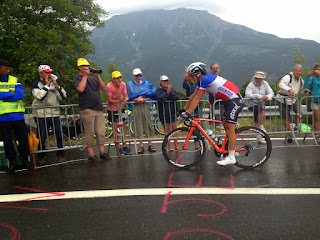 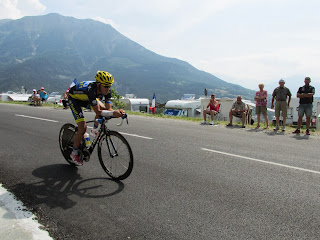 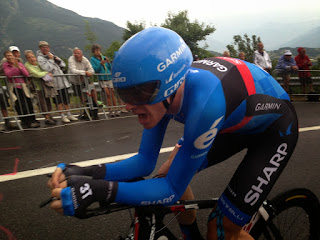 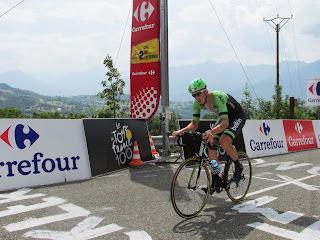 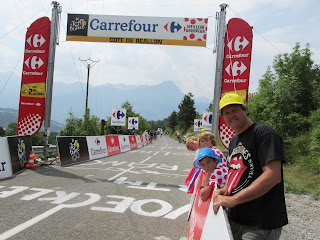 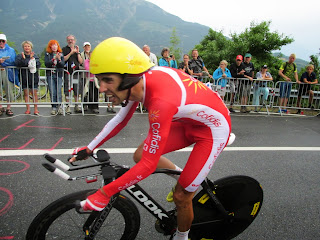 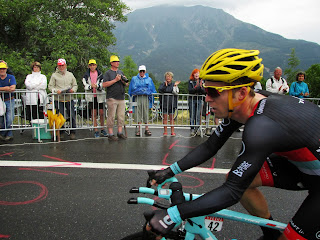 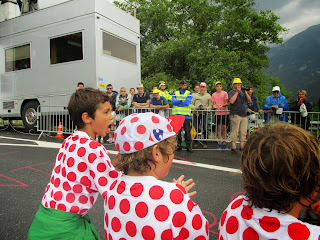 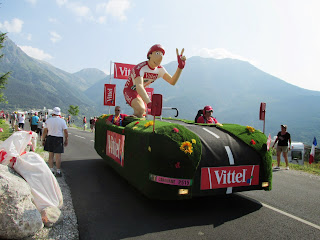 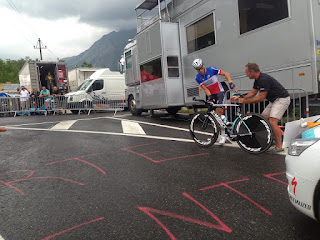 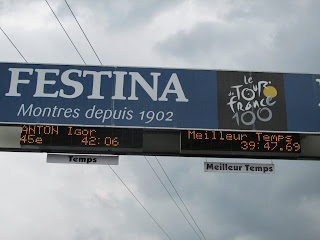 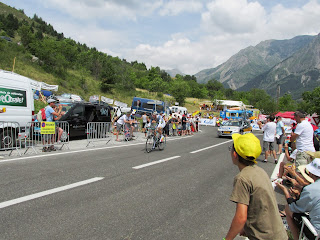 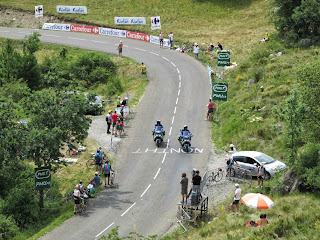 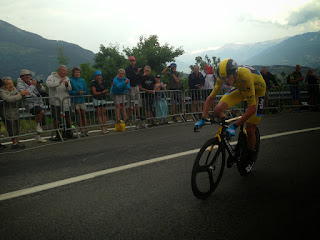 Froome wearing the maillot jaune! He won the stage and will win the 100th Tour de France.

Posted by LastingerTravelBlog at 9:22 AM