Hunting with the Hadzabe tribe in Tanzania by Levi

Two weeks ago, while we were in Tanzania, we went hunting with a tribe called the Hadzabe tribe.  Their favorite food is baboon.  They killed the baboon with a bow and arrow.  They first saw its tracks, then followed the tracks which led up a tree and they shot it and there was a baby with it too.  And they brought it back and cooked it by burning all its hair off in a fire and then they took it off and sliced it open.  They also ate the baby baboon. At first the baby baboon was still alive but they whacked its head on a rock and then threw it on the fire. 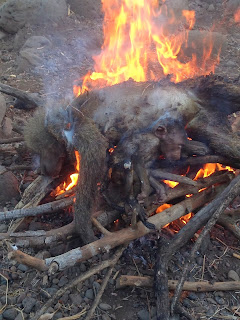 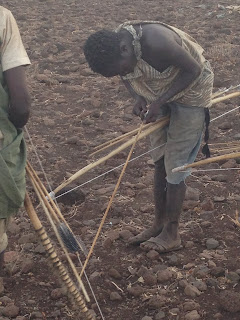 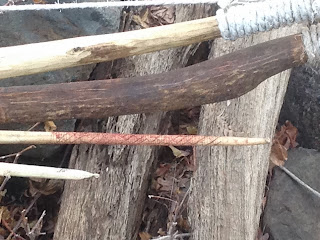 Here is a picture of me eating baboon liver. 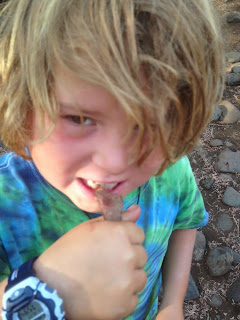 I liked going hunting with the tribe but it was weird and shocking! 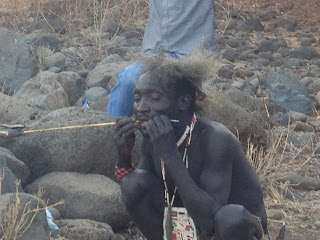 Here is the tribe chief  straightening his arrow.
Posted by LastingerTravelBlog at 1:18 AM